Save
Gabinete de Arquitectura’s “Breaking the Siege” – Winner of the Golden Lion at the 2016 Venice Biennale
Presented by:

Bricks are an iconic element of Solano Benítez’s studio. An ancestral material, forged by man using an ancient technique of modeling and baking. Bricks are very versatile, cheap and easy to manufacture – even marginalized areas of the world can afford to build houses with brick. Benítez feels the poetry of brick and has experimented with its versatility, relying solely on bricks as the main construction material. [1] 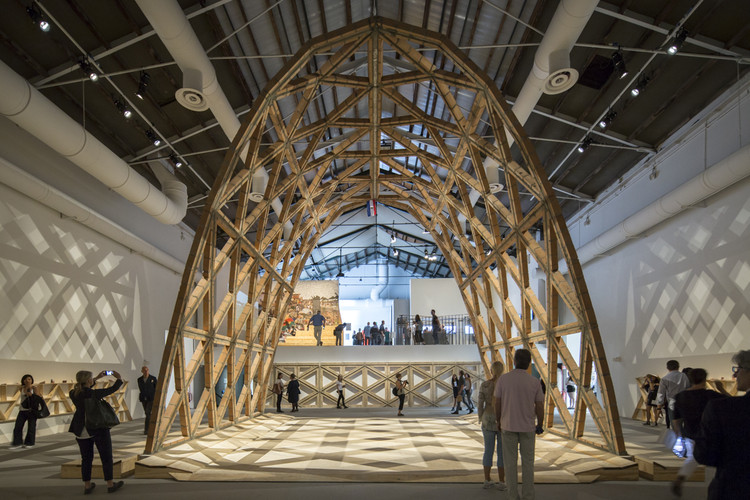 [1] Official Catalog of the 2016 Venice Biennale