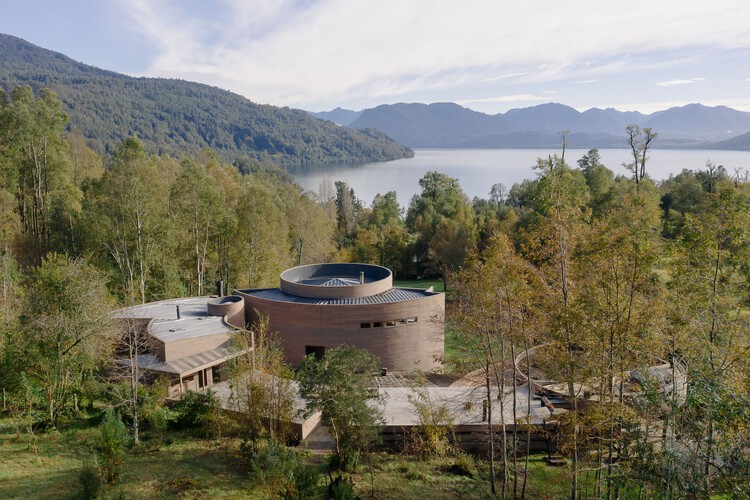 Text description provided by the architects. The purpose of this house is to build a family gathering place that could host during one month up to eight families concurrently or receive a single person alone in winter.

Previously poetry says Casa del Fuego, because it is founded on a territory of ancient volcanic eruptions: it is a land of volcanoes, ancient and powerful. Moreover, the first architectural order was given around fire. The clan gathers around fire, and builds the hut. The architectural response is a family lodge, structured based on two houses. The main house and the annex or children's house.

The program is divided into three connected parts and developed together by a generating center that determines the entire space. In this center of the house are the fires, that organize the family gathering place; from there the shells peel off in centripetal form accommodating the rest of the program. The image generated by this scheme is that of the Spiral Galaxy rotating in space, which emerges from the ground and is drawn back into it; speed follows shells that bind the three bodies of interior space.

The site is the side of a hill facing lake Maihue and laterally facing a natural golf court; the slope can generate uneven floor heights.