Read more
Save
BLUE: Architecture of UN Peacekeeping Missions: Inside the Netherlands' Pavilion at the 2016 Venice Biennale
Presented by:

After the collapse of the Soviet Union, and increasingly since 9/11 and the “War on Terror” that followed, warfare has moved into the city.

While the wars of the 20th century were waged largely between nations, over territorial sovereignty and along disputed borders, the wars of the 21st century are internal and borderless. They are fought between large multinational coalitions and insurgent networks. 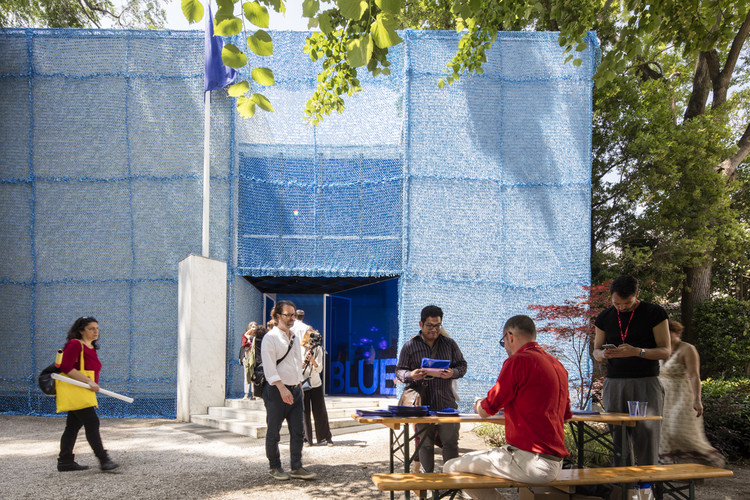 It is not only war that has moved into the city, but also the entire security apparatus, including its peacekeepers and their infrastructure. Today, United Nations peacekeeping operations unfold at large scale in hundreds of cities around the world, becoming long-term features within their urban fabric.

For the 15th International Architecture Exhibition, the Dutch entry BLUE: architecture of UN peacekeeping Missions curated by Malkit Shoshan explores architecture’s potential to improve the quality of the built environment, and the lives of the people within it, by critically examining its own role in missions and frontiers.

BLUE turns the spotlight on contemporary UN peacekeeping missions as an urban phenomenon, taking Camp Castor — a Dutch camp for the UN in Gao, Mali — as its case study. On the edge of the Sahara Desert, the encounter between the "blue people” (the Tuareg, known for their indigo-dyed clothing) and the "blue helmets" (the UN) — the desert and the Dutch approach, the nomads and settlement — has the potential to lead to the emergence of new spatial forms and projects.

The project proposes that architecture and design thinking be introduced into the planning process of UN peacekeeping bases in order to leave behind a stronger city with infrastructure, resources and knowledge that will stay with the local populations after the mission has gone.

BLUE positions architecture in three different ways: as research, identifying spatial challenges and opportunities and making them visible; as practice, improving the living environment for local populations; and as a critical cultural space, reflecting upon phenomenal transitions in society.