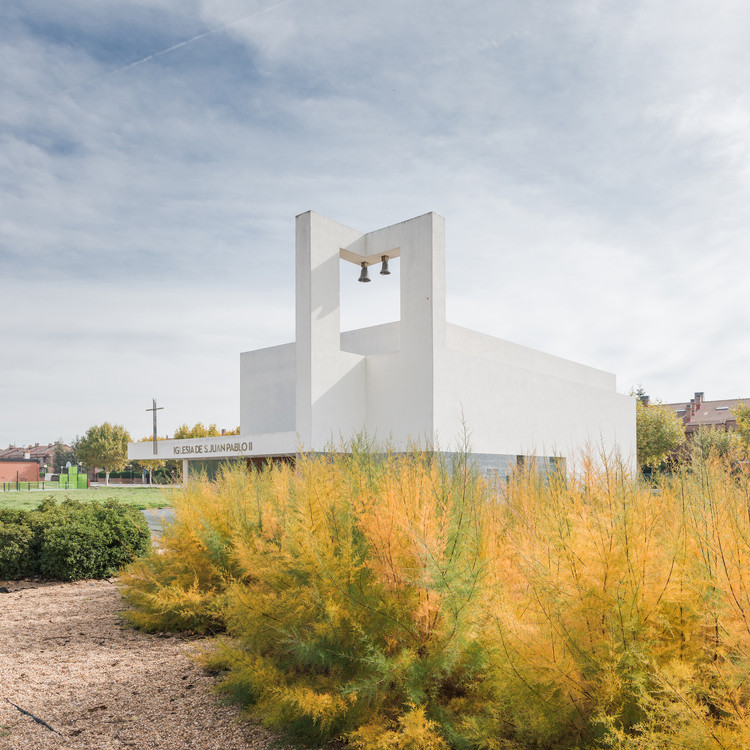 Text description provided by the architects. The Church of St. John Paul II is situated in a residential estate, on a parcel of land set in a green space with access from a street with little traffic. This is a small church destined for use by the residents of the area. What was suggested was a building with a rounded volume, taking into account the recesses in the landscape, with the intention of generating a sculptured piece which illustrates its character as an outstanding edifice.

The massive total volume is broken down into parts when it is transversed. It spreads out under the awning which covers the atrium in the exterior and the bell tower. It has been dealt with as a solid body which has been excavated until reaching the final result. The apertures for light are concentrated in the bases connected to the accesses.

The whole edifice has been built with two materials: a granite base which adjusts itself to the height, together with a covering of limestone which gives it its massive character. The finish of the parapets without coping  of any other material contributes to increase the idea of a rounded volume.

In the interior the building has been designed as a singular nave with double height which expands into a lateral nave where the chapel for the tabernacle as well as auxiliary spaces can be found. The choir is found “floating” in the middle of the nave, further forward compared to its traditional placement. In this way a gradual sequential access to the interior has been created which commences in the outdoor pedestrian public space. This continues rom the covered exterior atrium with its awning to the interior glazed atrium, the crevice of light before reaching the base of the choir and the progressive uncovering of the altarpiece while the entire space of the nave is inundated with zenithal light.

The interior has also been treated in a sculptured manner, fostering the excavated volumes which push the space generating entrances for natural light from three directions connected to the orientation of the sun during the day. It has been attempted that the light sources are hidden from view. An interior level has been established to the base which forms the chapel of the tabernacle, the back of the presbytery and the auxiliary spaces joined together with a latticework made of strips of wood.

The central nave is covered with a series of prestressed concrete beams which form a continuous plane and hide the electrical and other systems. That way a massive compact volume is formed by the lateral closures, the roof beams and the choir platform is supported by and floats over the continuous base. The carpentry of the interior, the benches and the church furniture, unified by the use of “Iroko” wood, provide warmth and an intimate scale in the central nave.

The altarpiece, which is the work of the sculptor Javier Martinez, has been conceived as scenographic, specially worked for the scene which it represents. Special attention has been given to light, the background and the spatial relationships between the figures. 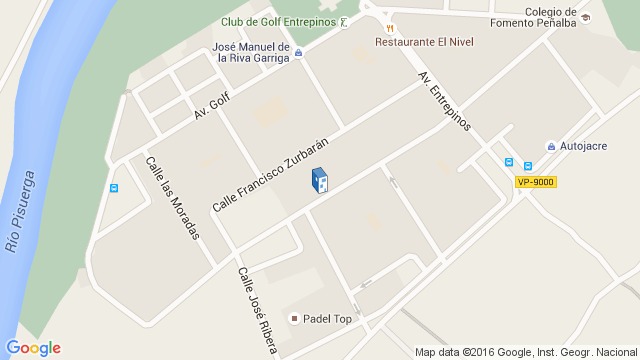 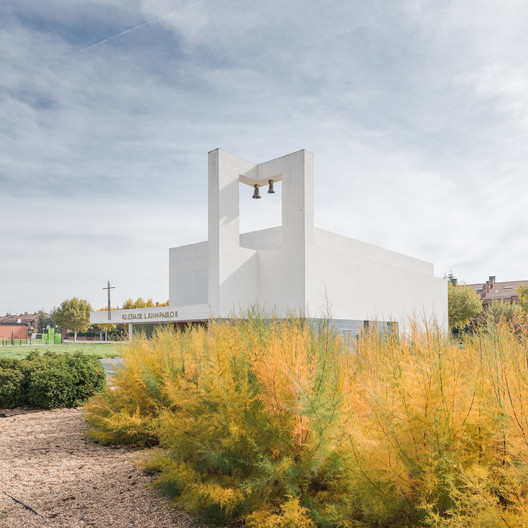