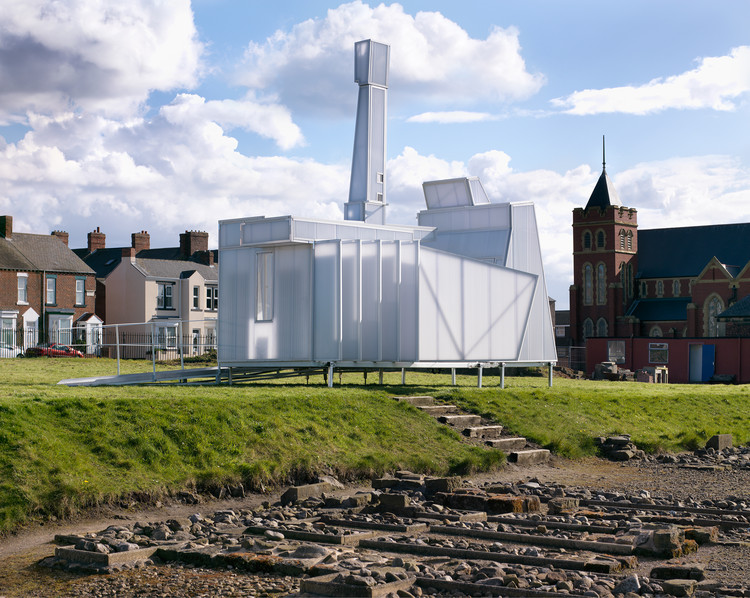 Text description provided by the architects. London-based architects Matthew Butcher, Kieran Wardle and Owain Williams have been successful in securing an unusual design contract from commissioners Hexham Book Festival and Arts&Heritage. Called the Mansio, the team beat off strong competition from a range of emerging and established architects and artists who responded to the brief.

Butcher, Wardle and William’s winning design, described as a ‘mobile ruin’, references northern England’s historic and industrial remains and will appear in 2016 like a translucent ghost amongst the traces of the past armies and inhabitants from all over the Roman world who occupied the trading posts, forts and settlements of this remote border landscape.

Amongst the venues that the Mansio will visit are the archaeologically significant and spectacular sites of Vindolanda, Arbeia, Birdoswald and Senhouse in Maryport.

Mansios were Roman teahouses and official stopping places located along a Roman road, or via, for the use of officials and those on business whilst travelling. This new version will be a place for visitors to explore, take refreshment and listen to new written work by authors and poets who have been resident at Arbeia, Vindolanda, Carlisle and Maryport during the preceding months.

Launching at Arbeia Roman Fort in South Shields on 1 May, supported by Queen’s Hall Arts and working with other partners across the country, the Mansio presents a startling sight when it arrives for week-long visits to the locations along the line of Hadrian’s Wall. Visiting the Roman Forts of Arbeia, Birdoswald, Senhouse and Carlisle Castle (Cumbria), Walltown Quarry in Northumberland National Park and the stunning excavations of Vindolanda, the Mansio project also involves Northumbria University, Northumberland County Council, Tullie House Museum and schools and libraries across the country that will run related activities, talks and workshops.

Arts&Heritage associate and architecture curator Peter Sharpe, who is leading on the commissioning process, said: “We invited national and international architects and artists to respond to the Mansio brief and received some fantastic proposals; this will be a really unusual structure that functions as a listening booth, gallery and teahouse. We are really looking forward to realising Butcher, Wardle and Williams’ winning design”.

Matthew Butcher, project design team, said: “We are hugely excited and honored to receive this commission.  We feel the project provides an outstanding opportunity for our practice both as a new design team and as individuals. We are very much looking forward to developing the project from design to construction eventually setting it off on its six month Journey around sites along Hadrian’s Wall across the North East and North West of England.”

The Mansio project is a collaborative project that has been developed by Hexham Book Festival and the commissioning agency Arts&Heritage with funding support from the Arts Council England Strategic touring fund and technical support from London-based engineers Structure Mode.

Susie Troup, Director of Hexham Book Festival, says: ‘The rich history of Hadrian’s Wall and its peoples provide a creative foundation for the authors involved in the Mansio project, writing new responses to the ever-present issue of borders and colonisation and the unique history of this ancient Roman landscape.   We are very pleased that poets and authors have been fascinated and drawn to this project and we have commissioned Daljit Nagra, David Almond, Fiona Shaw, Lem Sissey, Holly McNish, Ben Myers and Malachy Tallack to take up residencies across the country. The public will have the opportunity to meet the authors who will be appearing at the locations of the tour over the course of next year when the Mansio is in situ.’ 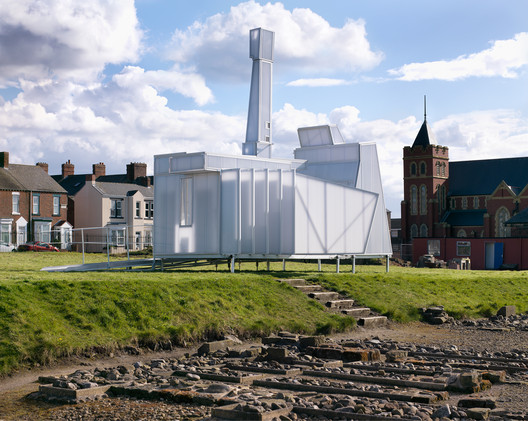