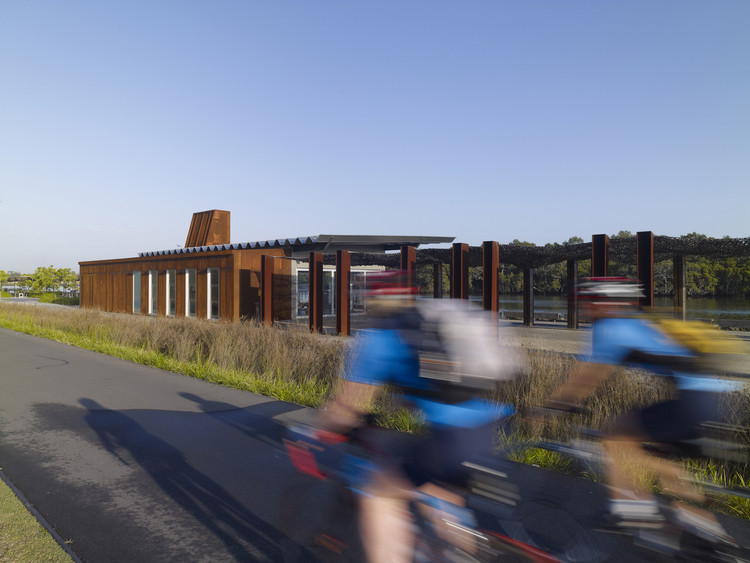 Text description provided by the architects. Adaptive reuse of Building 13 as a café was completed in 2007 as part of the Blaxland Riverside Park, within the historic Newington Armory precinct at Sydney Olympic Park. When Building 13 was destroyed by fire in November 2007, Sydney Olympic Park Authority (SOPA) engaged lahznimmo architects to design a new café on the site of the original.

The Armory Wharf provides striking 270 degree views across the Parramatta River to mangroves and the post-industrial working wharf landscape. The new Café draws upon the palette of existing materials and typological forms of the Armory Precinct, including the neighbouring camouflage covered shade structure to the east of the kiosk - designed by Lacoste + Stevenson architects. In plan, the building matches the original Building 13 footprint, ensuring a continuity of wharf scale. Functional necessities of kitchen exhaust and gas flues have been encased in a chimney structure that references the silhouettes of retained cranes. The rhythm of weathered steel and recycled timber blades, which survived the 2007 fire, are carried into the new building and set the pattern of solid and void along the southern elevation. The other survivor of the fire, the inset railway tracks that originally carried armaments in and out of the building, have been retained and incased in clear epoxy resin. 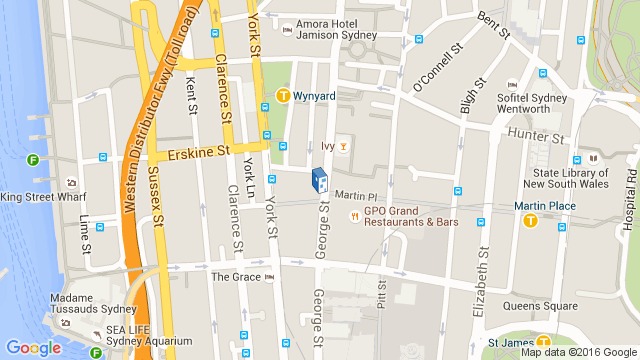 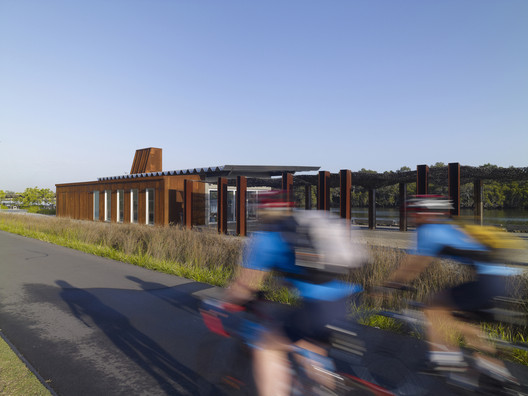