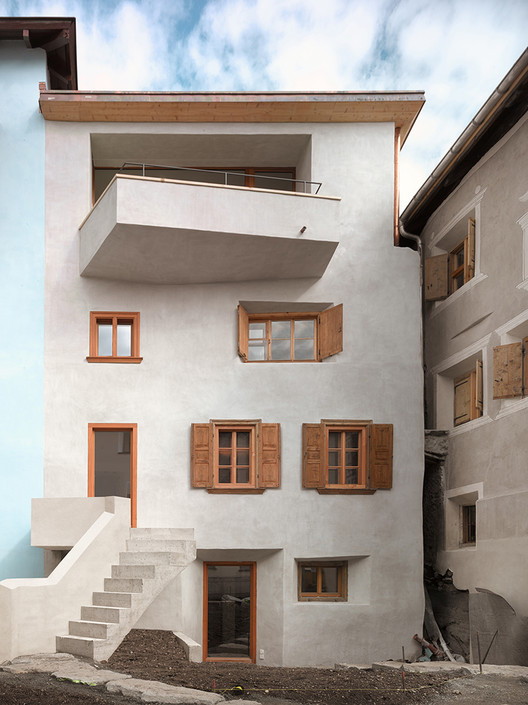 Text description provided by the architects. Chesa Gabriel is a small building block within the historic core development in Samedan. Flanked by neighbouring buildings, the inconspicuous volume abuts a square toward the north and has a narrow south-facing façade looking onto a courtyard garden. The typology of stable and farmhouse goes back to the 16th century. After continual conversions of the original building fabric, an additional storey was added to the house in 1920, drastically altering its volume. The house is thus divided into two parts along this temporal seam. One apartment comprises the historical fabric, whose original spatial typology was uncovered and opened up to extend across the depth of the house and former stable. As 20th-century overlay, the attic apartment was given a free-form floor plan within the original walls. As new sculptural element, the balcony monolithically connects with the outer wall. Together with the outside stairs and the garden wall, the new elements are melded with the traces left on the façade from the different eras. 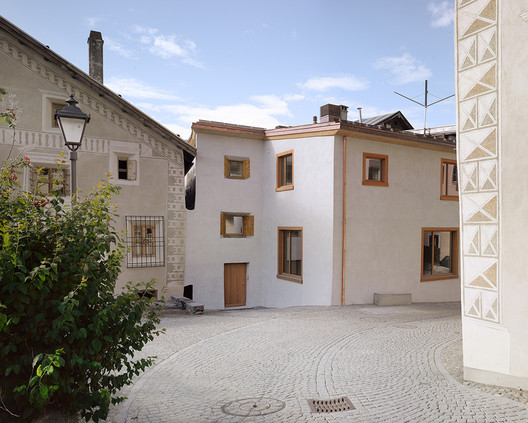