Save
The Condensery / PHAB Architects 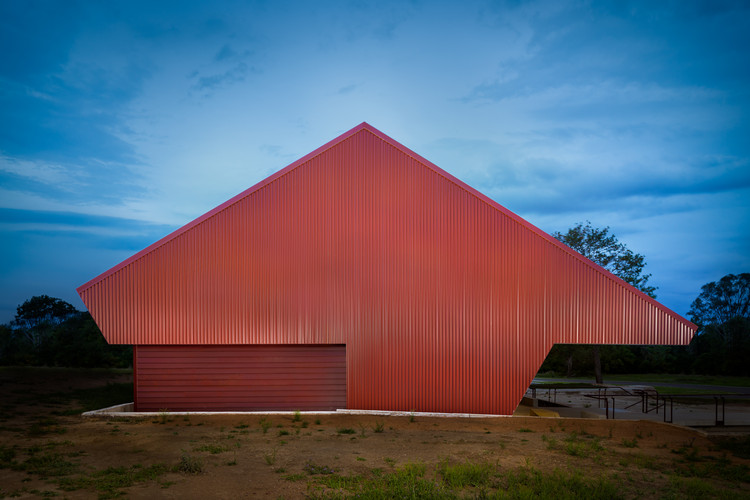 Text description provided by the architects. The 1920s packing shed is the only building remaining from the once prosperous Nestle condensed milk factory—an important centre of Toogoolawah’s economic and social life until the factory was destroyed by fire in 1951. The inception of the art gallery and workshop project began in 2012 with a grass -roots push from the community. The opening exhibition in December 2015 featured 31 local artists and a display by the Toogoolawah and Districts History Group, positioning the building as a catalyst for the ongoing cultural life of the region.

Fundamentally, the design was conceived to preserve the building and its architectural qualities  as found, rather than attempting to restore it to an original condition. Weatherboards were removed to install insulation, and an insulated structural skin was laid over the existing roof, leaving the interior of exposed roofing iron, stained concrete floor and walls, largely unchanged. The collapse of the western third of the building due to termite damage provided an opportunity to re -compose this elevation, subverting the symmetry of the gable, and creating a contrast to the eastern entry.

The new western end also plays an important structural role, contains the amenities, and disguises the location of the airconditioning plant within the existing building section. Where the existing building remained, the weatherboards were painted in their original red oxide colour. New walls are differentiated with a darker red and complemented with a combination of pinks, reds and browns for detail elements.

Close up, this complex palette produces a vibrant effect, and makes the building’s history legible. From afar, the project reinstates the original building form, and is perceived as a simple red shed in the landscape. While primarily used as an art gallery, the interior is planned for flexibility and various concurrent uses. The design also takes advantage of the existing outdoor terraces (remnants of other factory buildings) that broaden the building’s potential for public events and private functions. New concrete elements that provide fire egress and outlook, double as stages, allowing these external spaces to be utilised for performance. 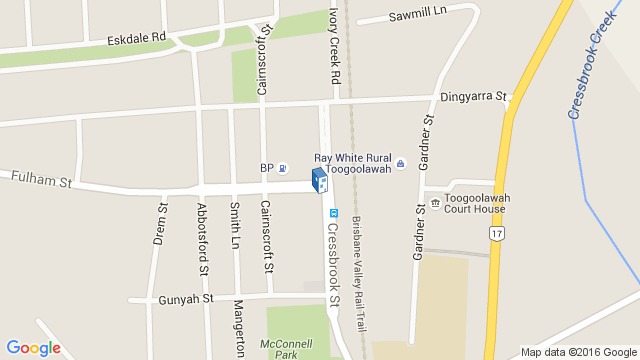 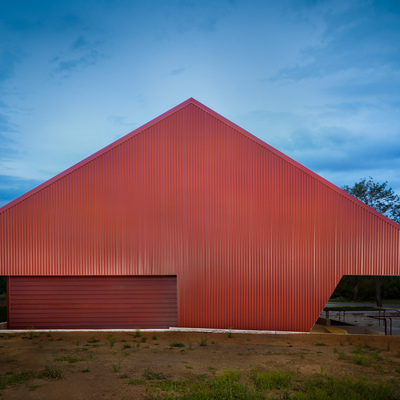