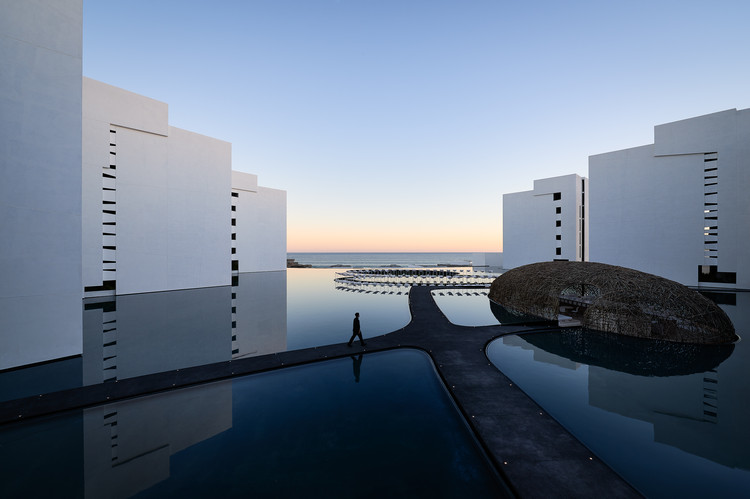 Text description provided by the architects. The first time I visited this property and took in the desert and the diaphanous, clear water running along a horizontal line in the background, I felt the enormous drive of water under a scorching sun. This piece of land, located in the middle of a coastline dotted with “All Inclusives,” would have to be transformed into a box that contained its own sea –practically its own air– given the happy circumstance that the universe had created a desert joined to the sea along a horizontal line. It was the purest, most minimalist landscape a horizon could have drawn. On either side, this dreamlike scenery collided with what humans consider to be aesthetic and build and baptize as architecture. I wanted to draw my own version, apart from the rest.

I believe that the greatest virtue of architecture is the generation of sensations through space on a series of planes that are found within the realm of sensitivity. I believe this capacity becomes still greater when your surroundings allow you to meld into them, forming thus part of your own space; in this sense, I wanted to take that horizon and bring it into the foreground. The water is an event that borders the entire project; all of the volumes open up toward the sea and turn their backs on the city, which is all that remains of the original surroundings, burdened by noise. Mar Adentro is a kind of Medina that opens out onto the sea. Each floating volume contains interiors that form, in turn, independent universes. Each room visually contains a piece of the sea; no one can resist gazing out at it.

For a long time, I have felt that construction has failed to evolve on a par with other endeavors: the automobile, for example, in a hundred years went from being a wagon to what we know today. And yet when I look back at the Pavilion by Mies Van Der Roe, it is in essence very similar to what we see today in architecture, albeit transgressed a bit perhaps through involution. We see unnecessarily complicated, but relatively non-complex structures scattered around the world. There are some risky proposals that form part of the current panorama we refer to as modern or contemporary, but they have not been very evolutionary.

Each room was built in a factory. Poliform was our ally. We built the entire interior structure and sent it in boxes across the sea to its destination, where it was assembled on site by local hands. In a question of days the first room was ready, of a quality subject to the tyranny of a machine and the wisdom of hands dedicated over the course of a lifetime to construction. There was no room for improvisation, and yet the room was fashioned with intelligence, imagination, and dedication. I learned from those German and Italian manufacturers what we sometimes fail to intuit from schools or books over the course of many years.

Our project can be constructed entirely through this process, employing a module whose versatility allows it to be divided or added onto, thus becoming autonomous or dependent on another structure. Our main module, for example, is a kind of loft divided in half in order to create two rooms, as simple as that. In summary, the module is a two-, three-, or four-bedroom apartment; a house can be formed by adding on two or four more modules. The important thing is the versatility of this structure, one that can be entirely factory-made then raised on site in a friendly manner. 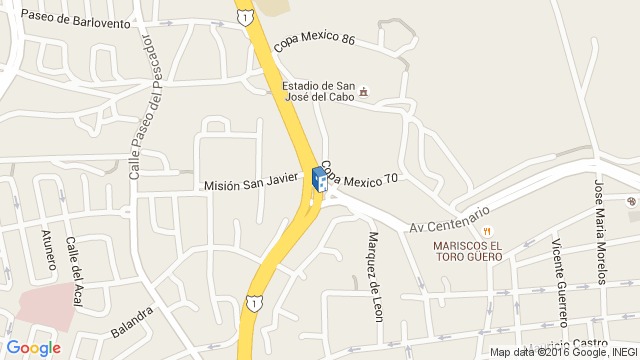 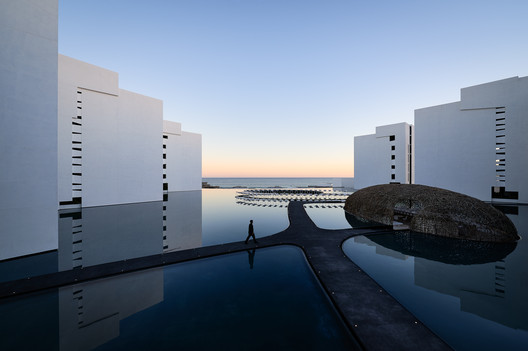