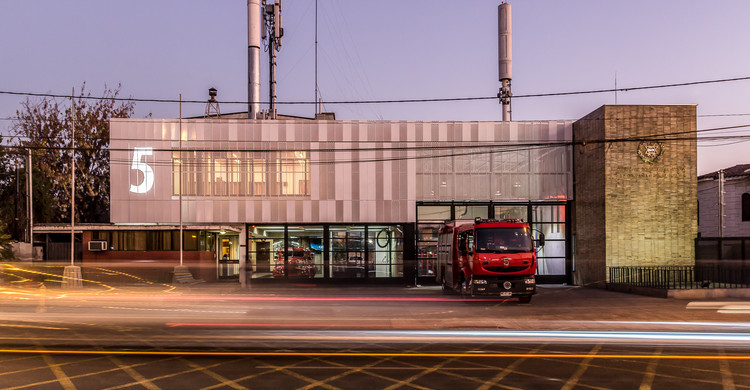 Text description provided by the architects. The initial task was to enlarge and renovate the old headquarters of the 5th Fireman brigade of Ñuñoa. This station, originally built between 1960 and 1962, had to be adapted to the new operating needs.

A master plan was designed in order to update the infrastructure of the building, where different stages of development were established. This scheme defined the progression of various stages, following a studied prioritization order, according to constructive and technical allowances, optimization of resources, and special needs of firemen. The request of keeping the quarters functioning throughout the new construction process was also a strong consideration to have into account while executing the building labors.

The new building includes the construction of 3 apartments for employees, a changing room for firemen, and a new machine room for two large fire trucks.

Two new volumes were proposed to accommodate the required program. The first, a reinforced concrete rectangle of 18 m of length, 4.3 m of width, and 8.35 m of height, reaches the original height of the quarters, making room for three stories, instead of the two considered in the original building. The gap between the existing building and the new proposed volume allows to incorporate a steel structure between the two, where the new fire trucks are located. The walls of this room have to be as permeable as possible, in order to always keep a clear visual relationship between pedestrians and the work of firemen.

The project proposes a new façade facing Grecia Avenue, aiming to unify the existent structure with the new addition, resulting in only one building, which is the reflection of a solid, modern institution dedicated to serve the community.

The new building incorporates high standard and leading technologies, in the areas of automation, communication, illumination and extraction of vehicle gas pollution. All of this has enabled the 5th Brigade to have one of the best-equipped quarters of the whole country. 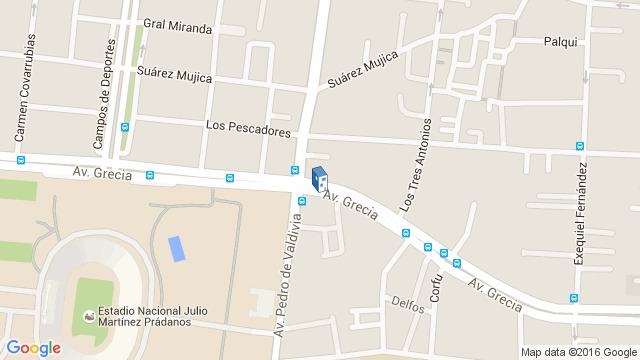