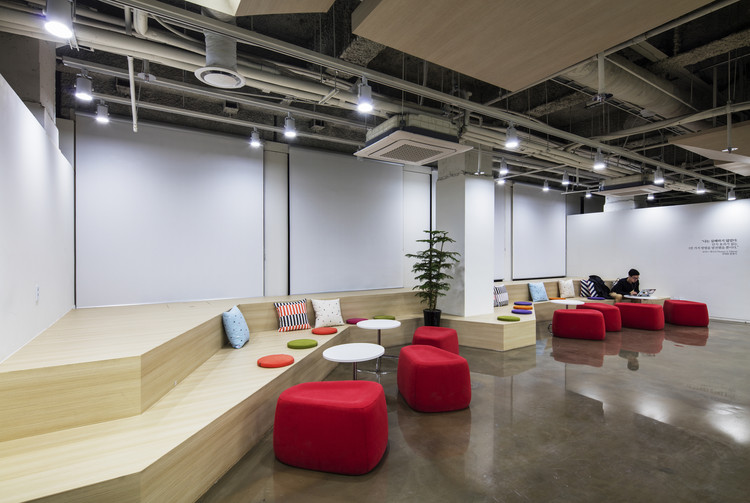 Text description provided by the architects. CEL Venture Complex project first started as Korea Tourism Organization moved to Wonju, Gangwondo and remodeling was initiated for the existing building transform into venture complex and academy for small venture entrepreneur and start-ups.  CEL Venture Complex, which is operated by Korea Creative Content Agency(KOCCA), consists of areas such as 24-hour open start-up studio zones, supportive spaces for K-Wave, network lounge and converging head office for networking among users.  From 7th floor to 17th floor, all of these areas are distributed for incubating new ideas of Korean culture.  Other areas such as K-Wave experience zone, and auditorium operated by CJ corporation are located on other floors to support the building.

Overall space concept can be summarized as a word, ‘C-Cross’.  This keyword is consisted of the letter 'C’ of the Creative, Culture, Co-Work, Communication, Collaboration, Challenge and the word 'Cross’ for the horizontal and the vertical connection between floors.  In order to think beyond the limitation of the space the complex has, collaboration and communication are the critical point needed within the building for various type of convergence.  New vertical circulation is added to connect all the floors and allow for spaces of collaborations such as lounges, food and beverage spaces, and meeting rooms.  This penetration of circulation connects all the start-up offices from 11 to 15th floors of the venture complex.

Another interesting point of this CEL Venture Complex is that all the floors are reflecting different design elements which allow for the users to be inspired for creativity. Three themes for space are incorporated, 'Creative Line’ for breaking work spaces with curvature divisions, 'Creative Sense’ for bringing in a new environment with three dimensional unified color, and 'Creative Block’ for showing a uniqueness of industrial materiality to the users.  16th floor is opened for users with functional rooms in need for financial, invest, legal consultations, and the network lounge of 17th floor shows the open atmosphere with food and beverage section allowing for more active communications between the users of the offices, studios, and academy.  Also a vertical circulation is added between these two floors which allows for more possibility of interaction between the people. 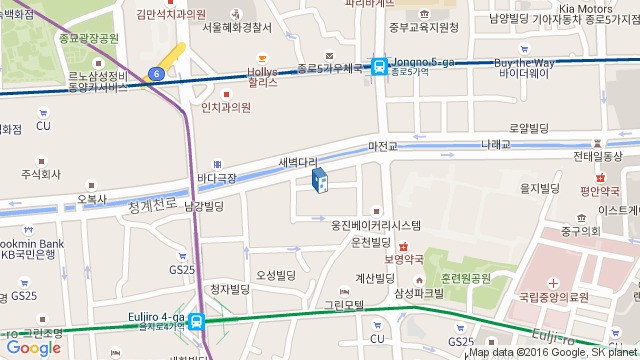 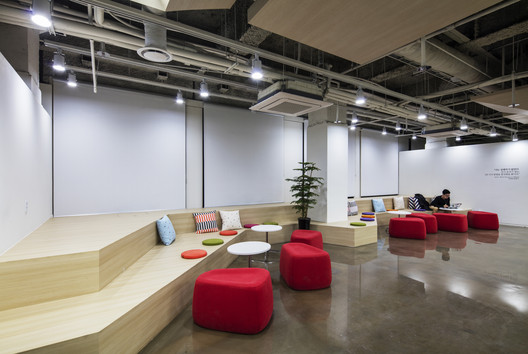 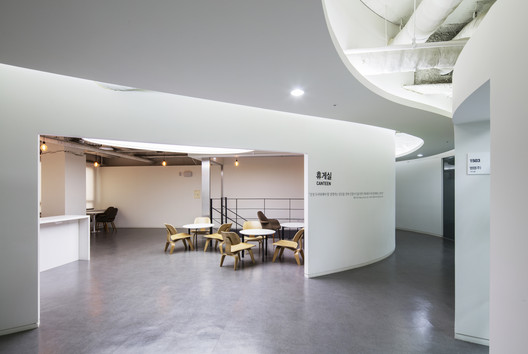 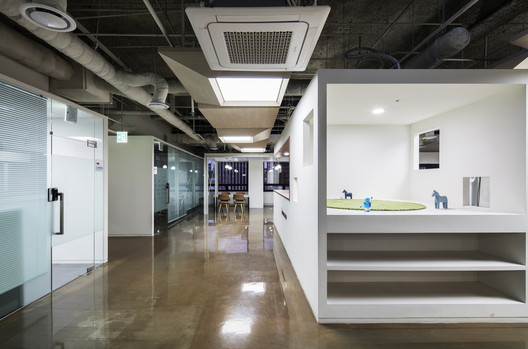