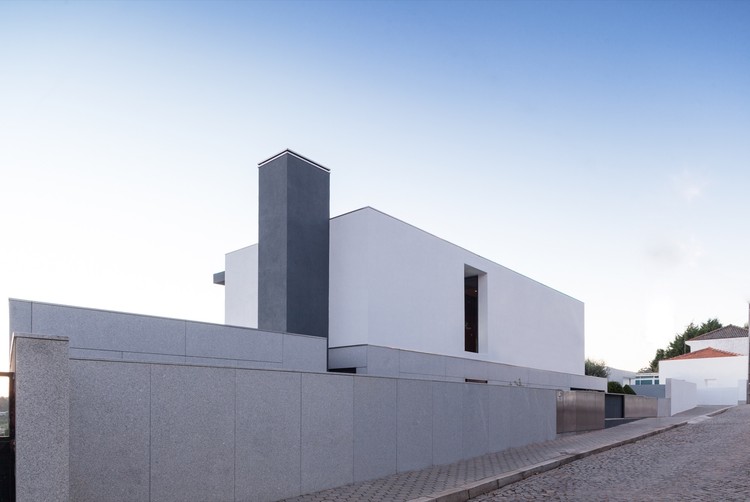 Text description provided by the architects. The proposal is drawn in a very conditioned and rigid plot, traducing the only possible location and implantation area. It has also a very restrict budget that accurate a extreme rationalization.

In consequence of all this major conditions, we had to do an optimization, in several fields, such as areas, volume(s) and program – this house in mainly the result of all this “impositions” and my work was mainly directed to solve very objective questions.

However, the project was developed far beyond this effort of going until the edge, because we knew that the initial conditions couldn’t be all our achievements – we had to promote all this to a different level creating a good balance between the form, the function, image and construction, program and uses.

The plot gave as the conditions to solve the project with relatively simplicity, creating a construction with two different levels, dividing the social uses in the ground floor from the private uses in the first floor, reducing to the minimum the circulation areas, closing possible visual or physical connections to the east side (street) and opening it, the maximum as it was possible, to the west, to the place where the sun is hiding every day, the sea and the great range of the horizon.

The image of this house also assumes this duality between common areas and private areas, using the natural platform to install the first ones and assuming the first floor for the occupation of the other ones.

Constructively the solution reveals this difference, not only as a way to value the distinction of the functions as also to control the scale of the building in its interaction with the surroundings – it translates the gravity of the ground floor with a more heavy volume in the connection with the plot and creates a sense of less weight to the superior volume, white and clean. 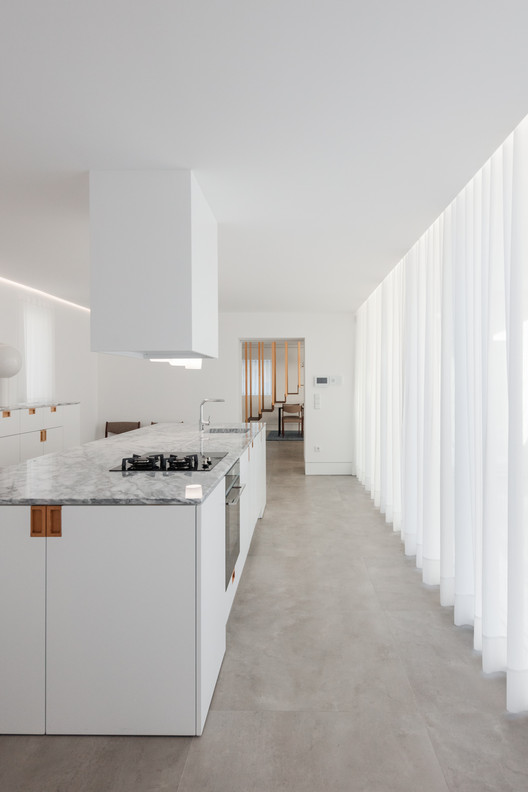 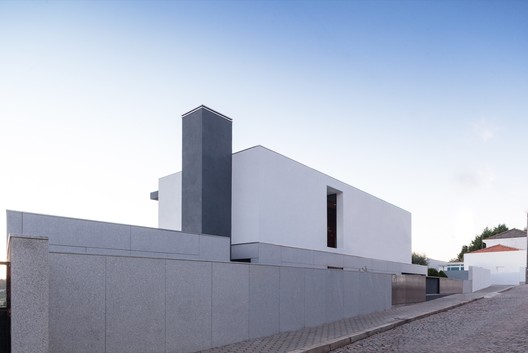