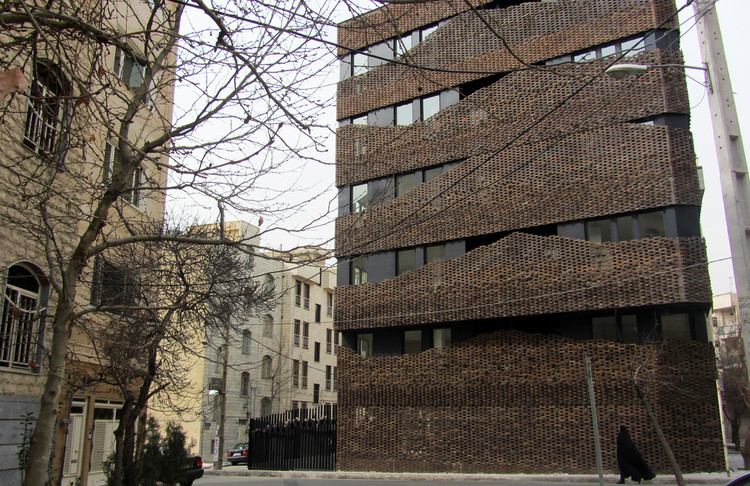 Text description provided by the architects. While persian carpets are world renowned, bricks have a strong relationship with iranian historical architecture. in this building, ‘the house of 40 knots’ by habibeh madjdabadi and alireza mashhadimirza, the two entities are fused into a contemporary façade that appears as a collection of intricately interwoven modules.

in textile factories, two people work together to make a carpet – one reads the instructions while the other sits behind the scaffold and makes the braids. the architects elaborate by saying, ‘the one who reads the instruction does not necessarily know how to knit. she reads the instructions, usually with a rhythm, and like a song: two reds, a yellow below, two blue . . . those instructions are usually drawn on checkered papers.’ the handmade exterior of this residence is also made using a similar system. one craftsman reads and the other places raised, filler, and hollow bricks in corresponding supporting bars between L profiles. due to this technique, there is no need for phase drawings and the construction sequence can be performed through a series of simple, localized labors. workers can lay down the clay blocks row by row without having to understand the concept of whole façade.

as the result is thought to be one unified object, madjdabadi and mashhadimirza intentionally avoided designing different components separately. instead, the aesthetic is defined by a series of loose rules that allow both sides of the repeated units to be visible. from the outside, they appear as an integrated texture, and from the inside, they appear as window parapets embedded into the masonry. also, a standard cube geometry is used at various scales: in the protrusions of the outer surface, in planters of the fencing, and in shelves of the interior. 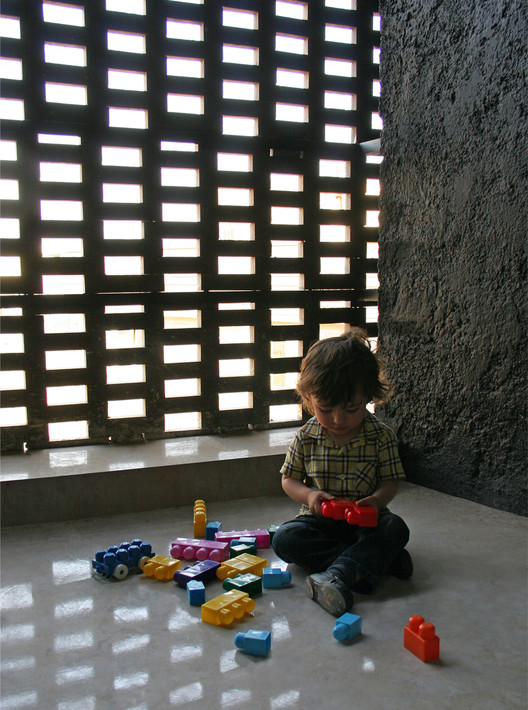 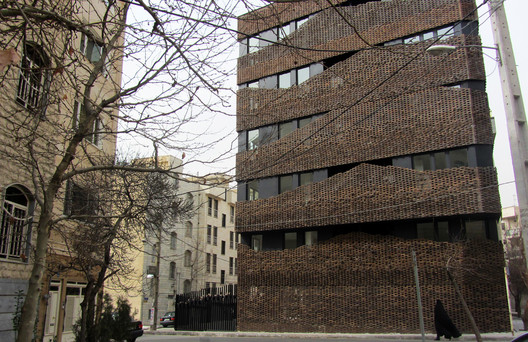