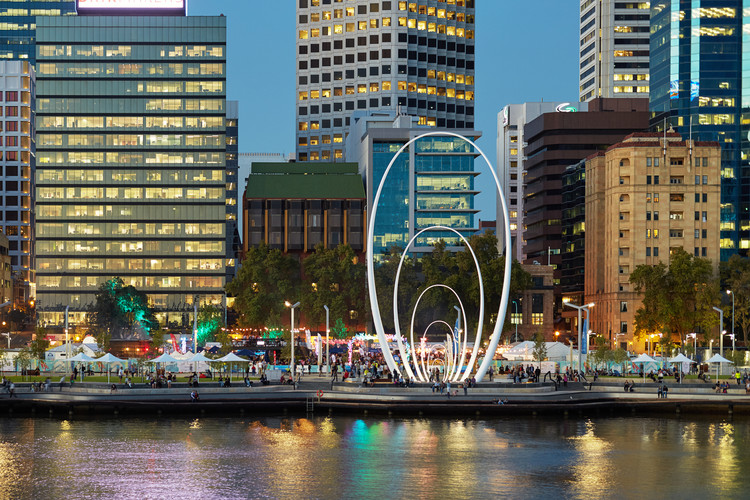 Spanda is a 9 story high sculpture by Australian born artist and sculptor Christian de Vietri. It is located at Elizabeth Quay in Perth, Western Australia. Unveiled in January 2016, it is now the world’s largest freestanding structure made of carbon fiber. It was designed by de Vietri using 3D modeling software and fabricated with CNC milling and vacuum resin infused carbon fiber. The artwork, inspired by the artist’s experience of the teachings and practices of Śaiva Tantra, celebrates union of the individual with the universal.

Formally, the artwork could be described as a series of six white nested arches that are exactly the same shape but vary incrementally in their size. The thickness of each arch tapers as it rises from the ground, reaching its thinnest point at the apex. The smallest arch frames the human body, and the largest arch reaches 9 stories high. When the artwork is completed by the viewer’s presence, the shape and its repetitions suggest the contours of a moving energetic field surrounding the human body, creating the impression of an infinite vibration inwards and outwards.

In September 2014, The Metropolitan Redevelopment Authority released an open call for proposals for an artist to create a signature artwork for the Elizabeth Quay development on the Swan River in Perth Australia. In March 2015, Christian de Vietri was awarded the commission to create Spanda.

The title of the work, Spanda, is a Sanskrit word meaning “divine vibration”. This term is used to describe how consciousness moves in waves of contraction and expansion. Spanda is the subtle creative pulse of the universe as it manifests into the dynamism of living form. Spanda can be translated as throb or pulse, or to mean vibration, movement, or motion, referring to waves of activity issuing forth from an unseen source. It might be described as an impulse or desire to create and enjoy, likened to an eternal spring, joyfully over-flowing and always full.

Mark Dyczkowski, in his book “The Doctrine of Vibration”, describes spanda as follows:

“The mainstay of the Doctrine of Vibration is the contemplative experience the awakened yogi has of his true nature as the universal perceiving and acting consciousness. Every activity in the universe, as well as every perception, notion, sensation or emotion in the microcosm ebbs and flows as part of the universal rhythm of the one reality, which is Siva, the one God Who is the pure conscious agent and perceiver. According to the Doctrine of Vibration, man can realise his true nature to be Siva by experiencing spanda, the dynamic, recurrent and creative activity of the absolute.”

The sculpture is intended to be both a formal representation of this ‘spanda’ principle, and a tool, or means, to experience it.

The artist’s intention was to create an icon that would transform the cityscape and the identity of Perth, in effect opening its “heart”.

It was also specifically designed and situated by the artist to function optimally with the color, shape, use and aspirations of the Elizabeth Quay development project, which had already been designed by ARM Architecture and was being created in tandem with the sculpture production.

The sculpture is large, but not heavy, the gaps between each arch still allowing people to walk through and see the sculpture and the city from any angle. The sculpture has a strong sense of presence, yet no building nor vantage point is obscured, and every person, from every position on the Quay is able to appreciate the harmony between sculpture and site. The curvature of the sculpture contrasts with gridded square buildings behind it.

The arch-like quality of the form is mysteriously functionless as it is neither an entrance nor an exit, but rather stands alone, declaring its own liminal space for the viewer to merge with. The location, smooth lines, and durability of the form is conducive and complimentary to the many events that occur in and around the Quay, and has activated the site in many unpredictable ways already. Yoga and fitness groups regularly practice under the arches and recently a pop-up “Dîner-en-Blanc” was organized around the sculpture There seems to be a constant stream of people taking photos with the sculpture and interacting with it.

“Open, radiant, inclusive. These are the qualities I wished the sculpture to embody. Spanda is a kind of womb space for the city, where exalted experience and expanded states of being are born. The dimensions of the human body were used as a starting point for designing the form. In fact the whole sculpture was designed with human interactivity and bodily presence in mind”

“Gazing along the outer contours of Spanda leads the eye inevitably to the sky and beyond. When people visit the site I see the sculpture enables them move beyond themselves, into a state of awe and wonder, if they attune to the aesthetic and spatial vibration of the form. When we get lost in our minds, worried, anxious, we get contracted, we feel small, we reduce our capacity to see and experience the world fully and we cannot host others in our presence. Art has the capacity to move us out of this state, to expand us, to return us to our basic state of contentedness and connectedness, which, in modern society, with all our stress and distraction, can be unusually hard to maintain. Spanda can be a refuge that allows people to recognize the simple and ever-present beauty of who they at their core. The implied infinite ripples of Spanda invite each individual to encompass more and more of what they perceive themselves to be. Spanda represents and facilitates this journey of recognition, from limitation to ultimate freedom.”

The sculpture was engineered and fabricated by the Brisbane based company ShapeShift over a period of 9 months. Shapeshift were able to engineer the sculpture in such a way that maintained the artistic integrity and elegance of the form while delivering extraordinary rigidity of the spans, even 30 metres off the ground. The arches were made in sections that were then joined on site. Moulds for each element were CNC milled and then formed in carbon fiber. The sculpture is coated in a highly durable gloss white finish.

The complete installation of the work took 10 ten days, the arches finally being crane-lifted into place.

The official opening of Elizabeth Quay occurred on January 29th 2016, attended by over 30,000 people. 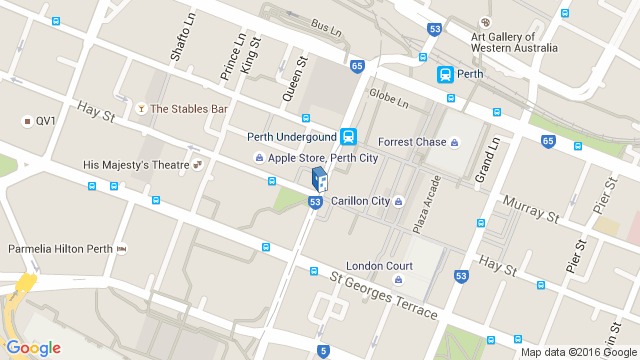 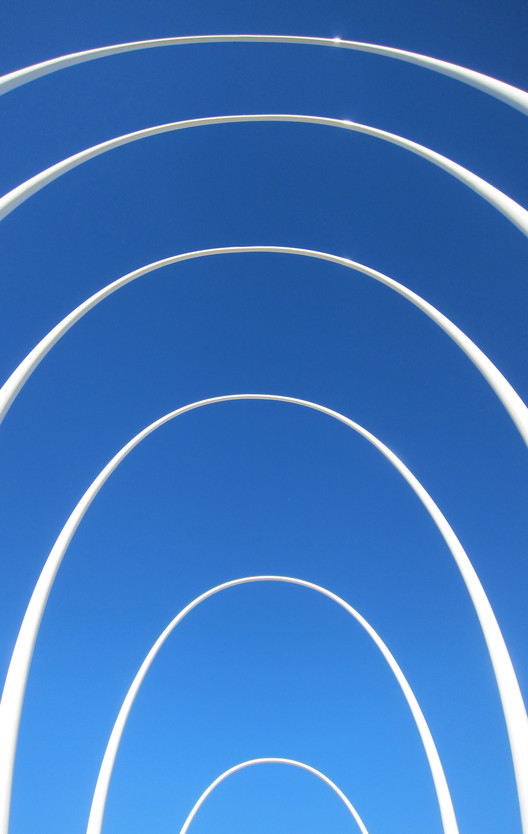 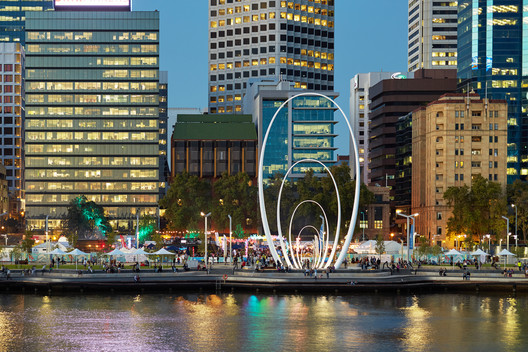