Louis Kahn’s Yale Center for British Art has reopened to the public after a multi-year restoration project led by Knight Architecture, LLC. The building, which began construction in 1969 and was completed after Kahn’s death in 1977, was designed to house Paul Mellon’s gift of British art to Yale University. According to the museum, “this was the most complex building conservation work undertaken at the Center to date, comprising the entire structure, from roof to basement. It renews the Center’s public galleries, internal systems, spaces, and amenities, and has provided an opportunity to reimagine and reinstall the Center’s renowned collections of more than five centuries of British art—the largest outside of the United Kingdom.” 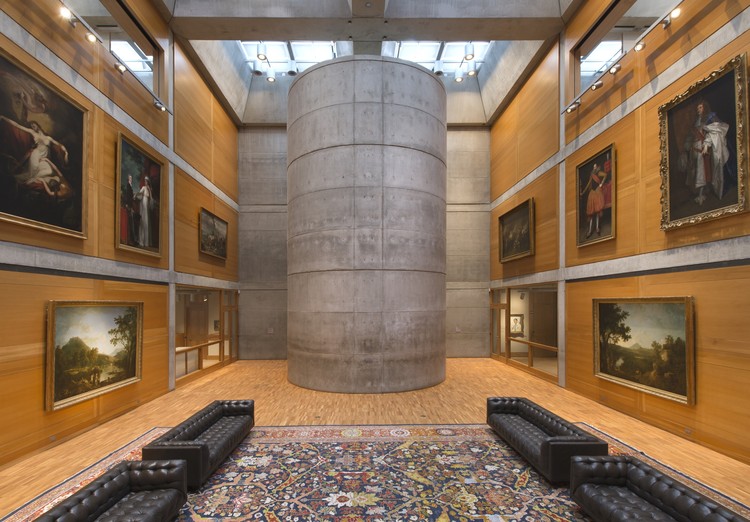 Speaking to The Guardian about the subtlety of the intervention, the museum’s conservation assistant Mary Regan-Yttre said, “We spent a lot of money to make it look exactly the same.” The $33 million restoration made updates that were both code related and cosmetic, including the revival of finishes and materials, such as travertine floors, white oak wall panels, Belgian linen display walls, and concrete ceilings on the interior, and the matte steel and reflective glass facade. Some of the more technical building improvements relate to the mechanical and electrical systems, fire protection, telecommunications, and safety services, all of which were implemented to expand resiliency, ensure the stability of the collections environment, and enhance the patron experience. The Yale Center for British Art, one of Kahn’s last projects, is located directly across from his first major commission, the Yale University Art Gallery (1953). Sited on opposite sides of New Haven’s Chapel Street, the two structures act as bookends to the architect’s short but highly accomplished career. 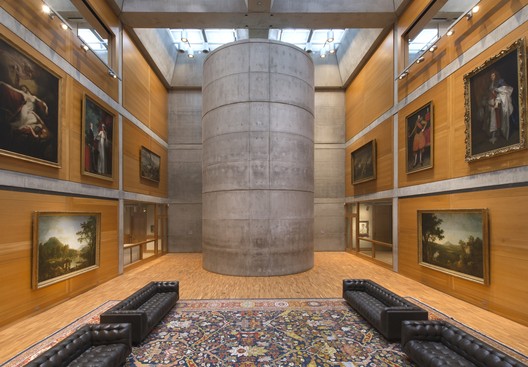