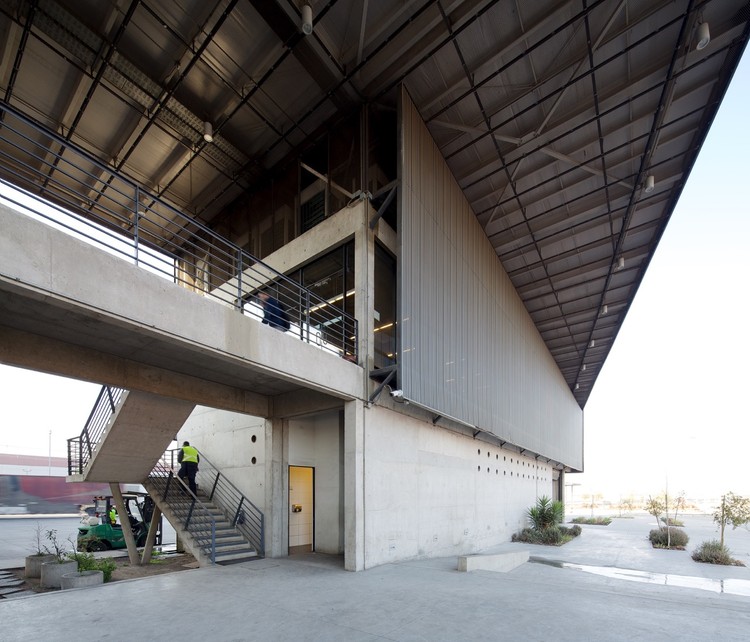 Text description provided by the architects. The project is part of the construction of the new ANDINA SA beverages bottling plant, which was built between 2012 and 2015. The project was lead by Sabbagh Arquitectos and we were invited design one of the buildings considered in the Master plan, the Building of Logistics, Sales and Expedition Canopy (E Body).

Located close to the southern access to the plant, the E Body is a support building  for the logistics operation, becoming the first filter, for the trucks entering or leaving the plant to be inspected.

The building consists of a two storey high continuous bar, structured by reinforced concrete slabs and rigid frames. On top of this, a continuous metallic roof with independent geometry is laid out. It wraps around the concrete structure at the same time it projects over the street consolidating the Expedition Canopy. Under this envelope other double height spaces are also generated, such as the entrance plaza and areas more functional to the operation - like the first floor logistics area - through which is possible to ventilate the spaces in a natural fashion.

The two-storey building contains  the bank offices and the management area for the securities collected by the carriers from different parts of Santiago city. It also houses the operations and sales administrative areas, which are located on the second floor.

The Expedition Canopy, sited across the whole width of the access path, covers 9 lanes and serves to accommodate the control operation of the loads carried by trucks entering and leaving the plant. This operation is supported by three office modules and every lane has a metal platform to facilitate the inspection process.

The siting defined in the Master plan, considered a narrow strip of land which determined building's orientation to be east-west. The project responds to this condition by proposing metal screens with varying degrees of openness depending on their orientation and the function of the space behind. To the east, because of the proximity to the street, a higher degree of opacity was proposed, to protect the operation that takes place in the Expedition Canopy. On the west, where the main building program develops, a micro-perforated metal screen was proposed; it has two different types of aperture, which control the direct radiation and allows the visual relationship with the surroundings of the industrial complex. 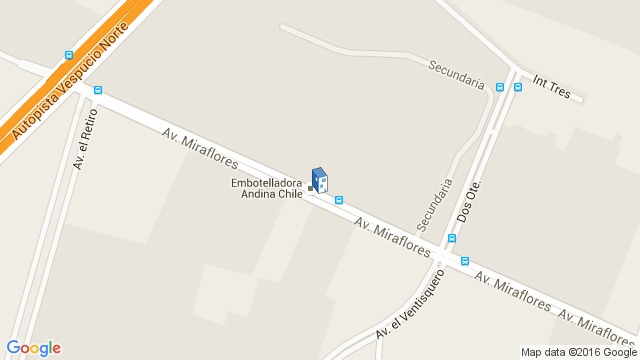 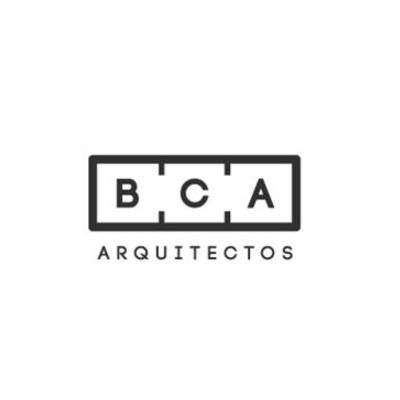 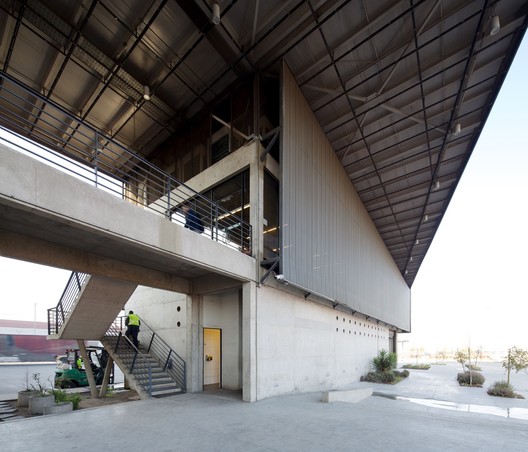