Save
House on the Street Z / Dva Arhitekta 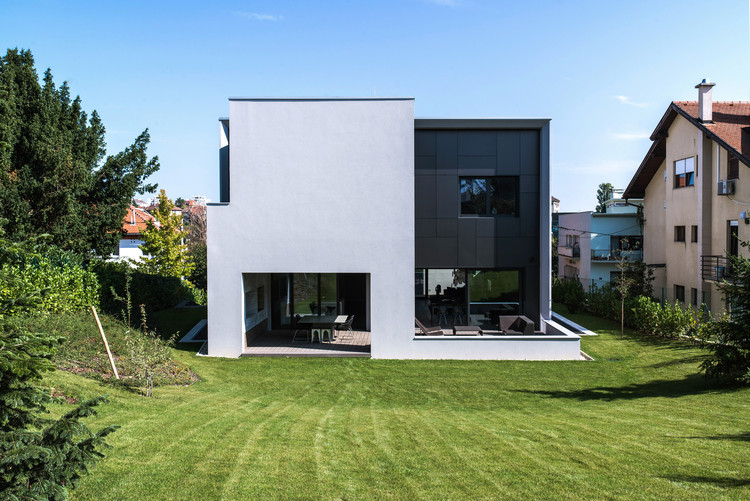 Situated in a narrow street in center of Zagreb. The house is located on the street, respecting the current building line of other houses in the street, but raised above street level.

Garage is kept on the street level but incorporated in the base of the house. Trapeze base plan derives from the site shape.

Immediate neighbourhood is very dense, and site itself surrounded by huge houses. That is why the house is „defensive“ towards the neighbours and opens itself diagonally, in angles, to gain light, air and vistas.

On the garden side, the interior expands towards the outside space, with the biggest facade openings. Visible volume of the house is two-storey high, while the base is integrated in terrein, hiding garage and pool area.

The shell of the house is light and the core dark; the spaces in between becoming terraces, loggias.

Living area on grund level is oriented both towards the garden in the west and street in the east, though hidden from the views in the east.

Design of the house develops from the idea of keeping privacy in a densly built area. 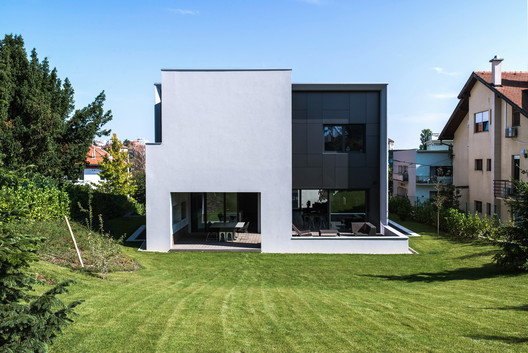