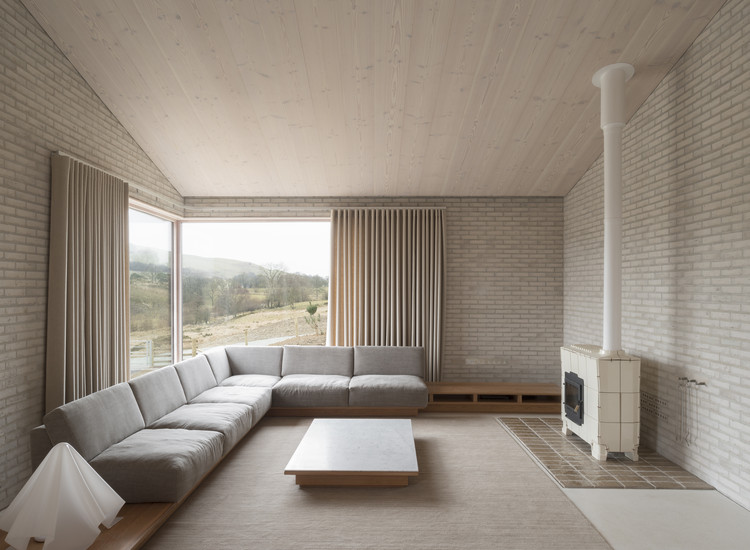 Text description provided by the architects. From the beginning, the thinking behind the Life House was an uncompromisingly modern design where it would be possible to inhabit a different sort of architectural space. Experiments with massing and orientation have produced a composition that is bedded into the fall of the land. The proliferation of blackened gorse in the surrounding heathland is reflected in the dark exterior brickwork, whilst the rough moor grass provides a reference for the lighter bricks used inside.

The house’s programme is arranged as a series of self-contained folds, opening off two corridors. Meeting at a right angle, these passageways generate extended internal vistas and a plan designed to allow groups living in proximity to spend time together and apart, in a spatial arrangement that shares certain characteristics with the monastic cloister. The corridors — one light, one dark — represent more than just the means to get between the different parts of the house, they are key architectural experiences, each charged with its own distinctive character.

In the spirit of creating a contemporary Walden, communal and private quarters are shaped by the idea of supporting and enriching specific rituals and activities. Across the Life House this translates into optimised inventories of equipment and functional conditions, but also into a series of finely calibrated atmospheres. 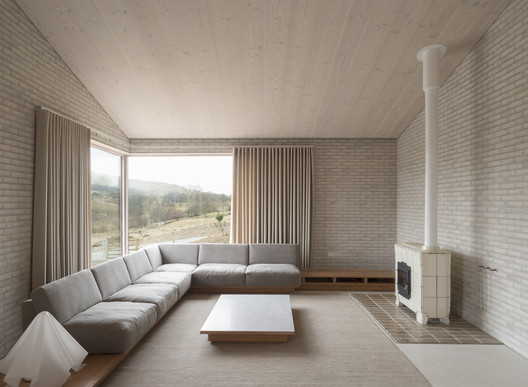