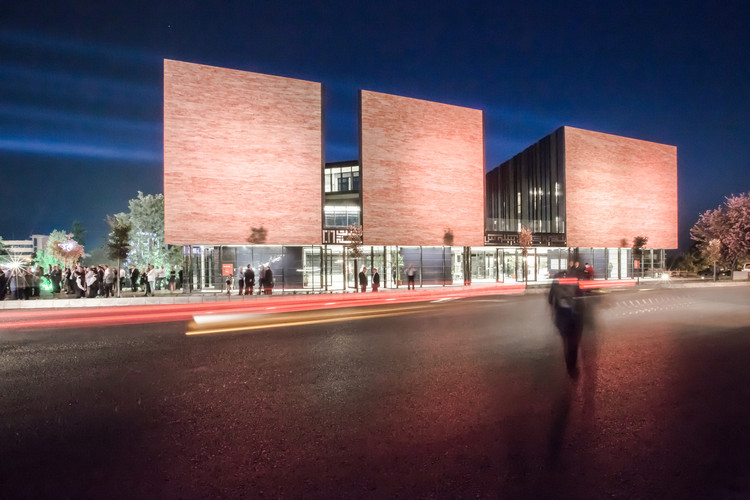 Text description provided by the architects. Hashim Sarkis was awarded the commission of the new Byblos Town Hall after an anonymous open competition. Byblos, one of the oldest continuously inhabited cities in the world and a World Heritage Site, has been growing outside the historic city bounds to the point where most of the city’s population now lives in the city’s suburbs. Boasting a historic harbor, two crusader castles, several historic churches and mosques in addition to an extensive Phoenician, Hellenistic and Roman heritage, the city is the most visited tourist site in Lebanon.

In an effort to re‐center the city, the new town hall site was chosen at the interchange of the north south highway that separates the city from its eastern suburbs, in a public park and near a tourist information area. The building is broken down into three large blocks that span over the park, each housing a different component of the program, the gaps between them bringing light into the park and the buildings. The park as well as the ground floor of the complex are maintained open to the public. The three blocks are carried by the circula on cores to the east and a long wall to the west that acts as a noise barrier with the highway. To protect from noise and heat, the blocks are closed to the outside and clad with sand stone, the “official stone” of the city. The offices are open to the spaces between the blocks with the facades clad in aluminum louvers that turn horizontally to become pergolas over the park that weave between the blocks.

A future urban design scheme will include a pedestrian bridge over the highway to connect between both sides of the park and between the older and newer parts of the city. Each of the three volumes contains a component of the program, namely offices for three en es sharing the building: the municipal departments, the municipal council offices, and an interactive museum for the . alphabet, that also provides a multi purpose hall for the town. The volumes are at once separated from each other and connected at the ground level. The glass‐enclosed ground floor level combines the common spaces of the program: entrances, informa on, city cashier, cafeteria and exhibition space. Technical programs and the police department are located within the constructed base, at the level of the park.

The municipality is built out of reinforced concrete. Each volume’s structure consists of the core, two columns to the west embedded in the noise barrier and in the case of the two longer boxes, two additional columns. The spaces of the boxes are le open and clear for maximum flexibility. In order to avoid the unpredictable patterns of sandstone and to express the monolithic nature of the stone pieces, the stones were cut into thin strips of 7 cms wide and a variety of lengths. They were ten separated into four shades and then assembled on the façade following a pixelated pattern of yellow travertine. On the inner face of the lobby, a mural representing a geometric abstraction of the Phoenician alphabet introduces one of different forms of expression between art and calligraphy that the building’s architecture hosts. 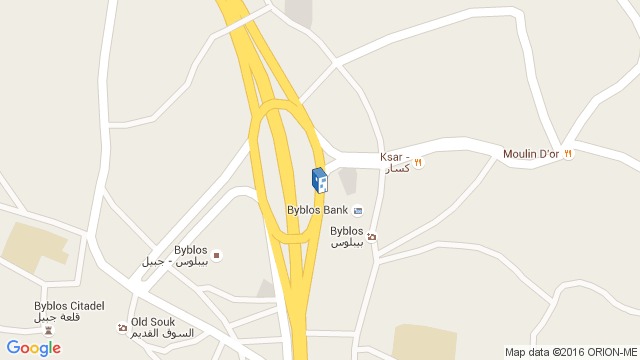 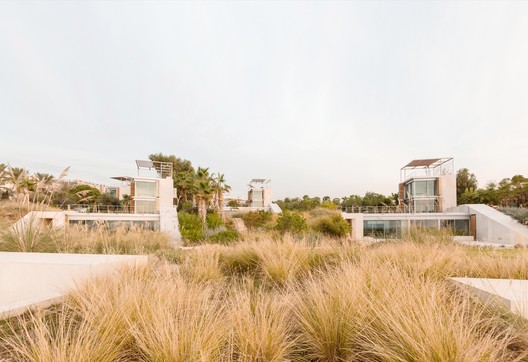