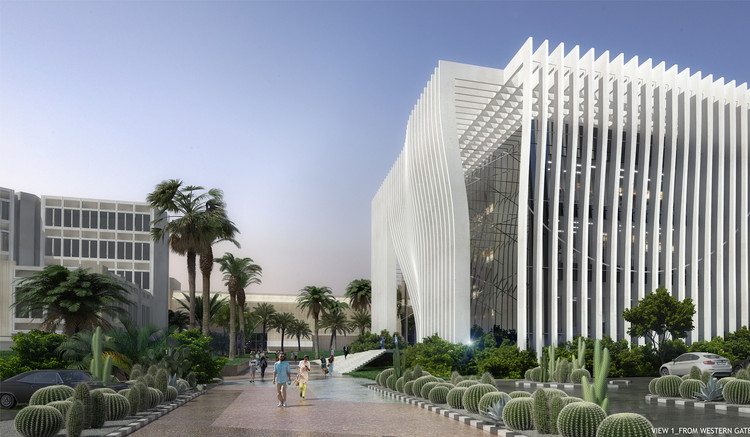 “We chose this competition because we like to challenge areas where science meets human endeavor and progress,” says architect Alexis Peyer. “Nanoscience and nanotechnologies are one of the humanity's greatest endeavors. The most interesting and challenging aspect of this project was to design a very technical building specifically for scientific research while keeping a strong and iconic architecture dedicated to the Tel Aviv University campus.”

The project requires exceedingly high precision – similar project often require errors not in excess of 1 millimeter per every 100 square meters – in what is called “complete design accuracy.” As labs typically consume five times more water and energy than a typical home or office, particular  measures have been taken to ensure sustainability. These strategies include the vertical panels, which will help regulate natural light, special glass, which will optimize sun energy, solar panels and natural ventilation, which will be used for cooling, and a collection system that will retain and recycle rainwater.

Atelier d’Architecture Michel Remon was named a finalist for the project in March, along with Zarhy+StudioPEZ Architects and Jestico+Whiles+Associates. The Competition stipulated that the University initiate private negotiations with each finalist to declare a winner by May 1st. The competition was launched on October 12th of last year and organized by Strelka KB, a leading urban planning consultancy for architectural competitions. The project is expected to be completed in 2020.