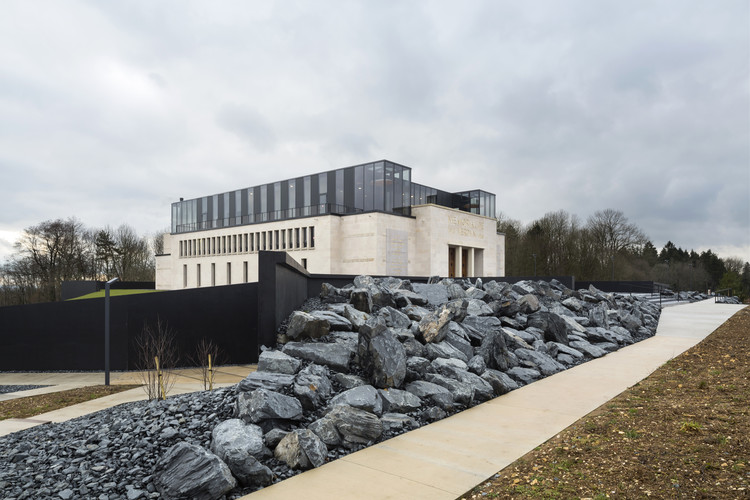 Text description provided by the architects. The city of Verdun was marked by a past attached to the history of the first world war.

Nowadays, the architectural and military heritage of the region is visited, showed and presented to the public in a method connected to memories.

The Verdun Memorial Museum represents one of the starting points of a tour which links together all these historical sites and monuments.

It plays the part of an introduction to the history of the Battle of Verdun. It is the reception place for all visitors.

The starting point of our research for this design was a concrete and stone building which had been built in the nineteen sixties according to the aesthetic codes of the nineteen thirties.

Vehicles were parked downstairs even though the entrance into the Memorial Museum was situated on the upper level through a sort of stone bridge.

Designed like an islet standing on a battlefield, the building was completely isolated from its context.

Architecturally rigid, the Eastern and Western walls were structured with a repetition of vertical openings, whereas the Northern and Southern walls were more austere. The flat roof was crowned with a concrete cupola forming a very light dome.

The principal challenge of our design was how to modernize the access to and the progression inside the building by adding technical and museum components on the car park level, thus reinforcing the geometry of the existent building.

So, on either side of the stone building, beneath a plant covered embankment, we bury the whole of the functions necessary to the development of the future permanent scenography of the Memorial.

At the front, the Northern extension built onto the secondary road has been designed like a trench into which to slip the reception functions of the Memorial and of the battlefield of Verdun.

This rift goes through the building from the East to the West and allows space for a vast Hall to the scale of the future Memorial.

The strong presence of the original building, on the level of the secondary road is magnified by the creation of a black stone square facing the initial entry  which keeps its ceremonial function.

Lastly, the roof becomes an expression ground for a completely glazed level to crown the stone building.

This is the place for the development of the Memorial into an interpretation centre housing such new functions as a room for temporary exhibitions, a cafeteria, an information centre, an educational room and an area for children. These light and clear environments allow direct views of the surrounding landscapes of the battlefield, the Fort of Douaumont and the Ossuary.

The singularity of this building site situated on the scene of the battlefield of Verdun has haunted every member of the working team during this operation and still does today.

Working in this landscape which had been remodeled by the conflict imposes a respect of memories. This is how the quietness of this artificial forest, which today constitutes its setting, witnessed the rebirth of the Verdun Memorial Museum that the war veterans had wished for. 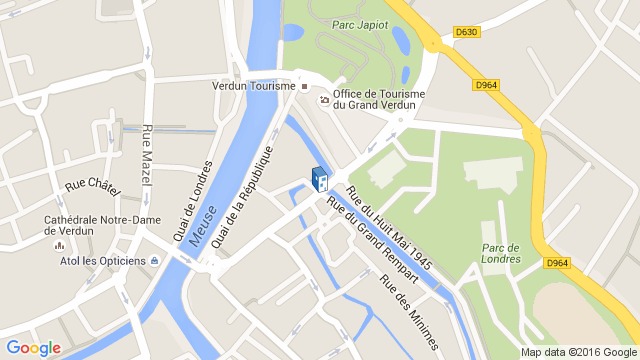 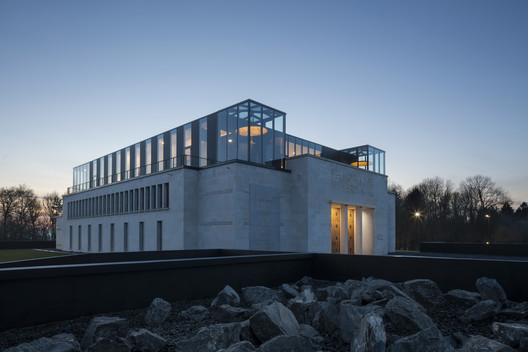 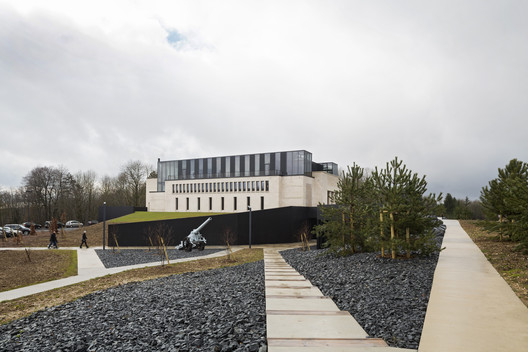 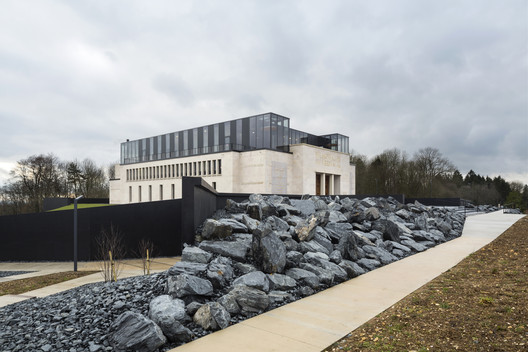