Save
The Inflatable Architecture of Plastique Fantastique
Share
Or
Copy

Plastique Fantastique's pneumatic structures were originally conceived in 1999 through necessity: "The fact that we used plastic was just due to the fact that we had no money," explains the firm's founder Marco Canevacci. "So, plastic was just the cheapest material we could imagine, and you can join parts very easily and you can create very simple architectures. By using a hot air blower, those architectures become warm places to stay." By using warm air to inflate the structures, their office became a landscape of heated pods in an otherwise cold space. However, through their continued experiments over almost two decades, Plastique Fantastique's pneumatic interventions have now come to make the case for an ephemeral, temporary, and whimsical architecture. Their work now continues a lineage started by the experimental utopian group Haus-Rucker-Co, whose own pneumatic structures of the 1960s were disposable, free-wheeling creations which both literally and metaphorically played with the boundaries of a world they saw as staid, rigid, and dull.

Last year, Plastique Fantastique was invited to the 180 Creative Camp held by Canal 180 in Abrantes, Portugal, where their giant, inhabitable Strawberry Ice Cream Cone took over a public place to provide a unique and fun spatial experience. To mark this event, Canal 180 produced a short film highlighting some key recent projects by the firm and documenting the construction of their latest work. Watch the video above, and read on to see more images of the installation in Abrantes. 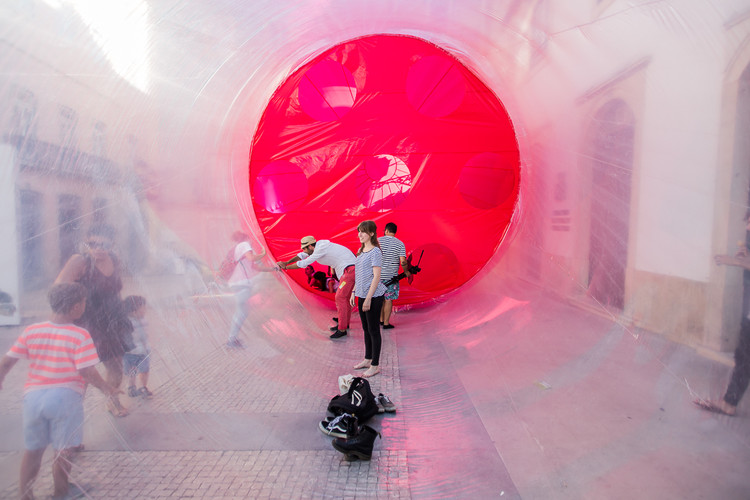 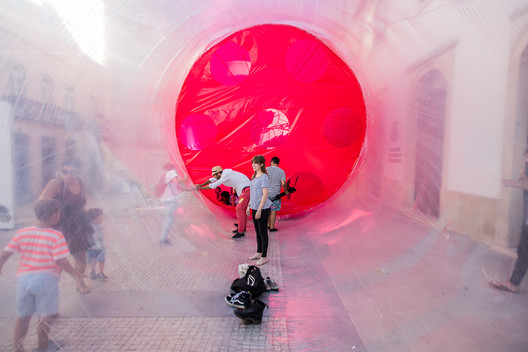