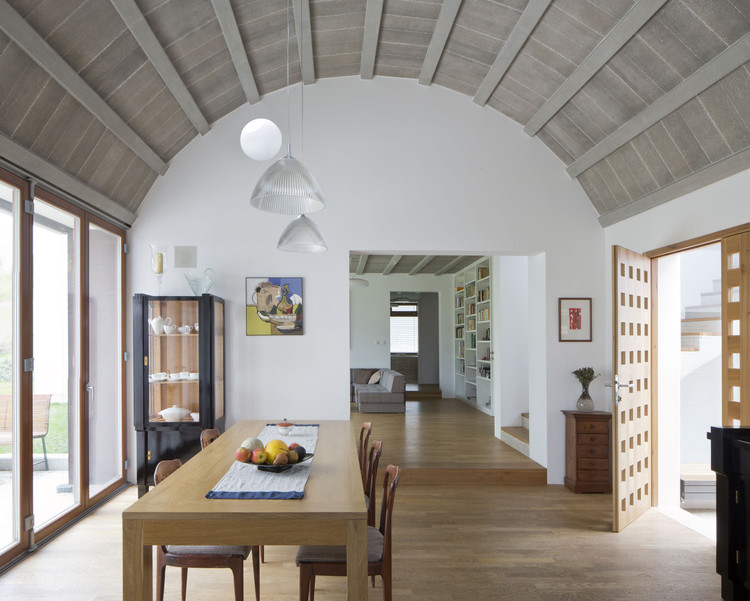 Text description provided by the architects. Elongated site is situated next to a valuable villa by architect O. Novotný. The newly built house is positioned in the lower part of the site, to secure enough space for the new as well as the existing villa.

The footprint of the house in "C" shape defines an atrium orientated towards the main garden. In the perspective from the main residential garden, the house with an atrium is divided into several smaller parts, while in the view from the entrance side, it employs its compactness.

The house has most of its living spaces on the ground level, to profit from their connection to the garden. The ground floor is designed as a generous social platform, including the swimming pool, study and the bedroom. Level of the floor gradually follows the gently sloping terrain. Atrium is approached as a private exterior room. Two bedrooms and a bathroom are situated on the upper level. In the basement, the utility rooms as well as garage for two cars are situated.

The entrance hall with glazed ceiling evokes the sense of an outside courtyard. The hall subsequently brings natural light to the basement. The house is intended to be enveloped by vegetation - roofs exposed to view are realized as green roofs, the entire house is intended to be covered with climbing plants. Profiled concrete ceiling visually unites varied spaces of the house. Windows of the first floor will be shaded by sliding timber shutters, which in the open position join the windows into a horizontal strip, which corresponds with the living room windows on the ground floor. 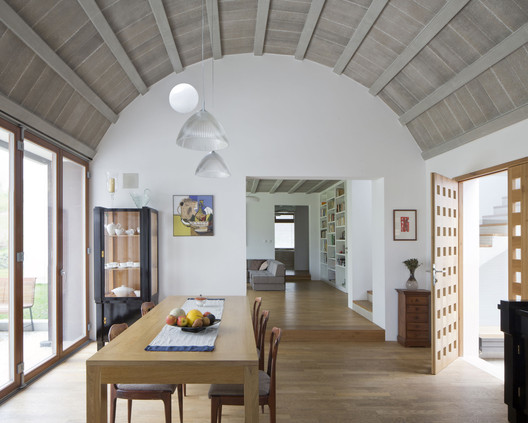