Save
Zebrano / Plan b arquitectos + M+Group 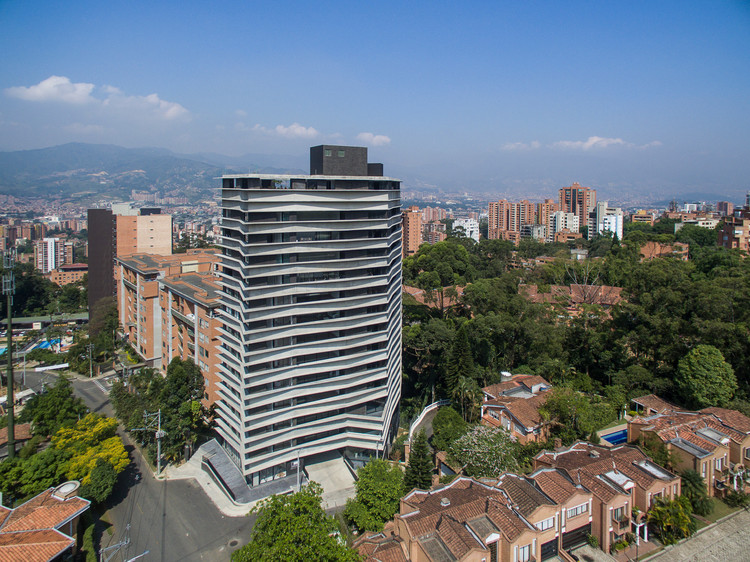 Text description provided by the architects. 1. Adaptability to the sun

This building settles in plan to an irregular and tight plot which imposes its perimeter shape. For a better adjustment, the program is fragmented in to two big apartments in each level, leaving in the middle a long shaped hall which allows to change the direction, turning to find the most favorable position obeying simultaneously with a strict urban regulation regarding the setbacks and visual control towards other buildings. Its shape is also the shape of the plot.

In section the building adapts to the high inclination of the plot, leaving the main access at street level, 4 inferior levels for parking, 13 above levels of apartments and a final level with a terrace, common areas, gardens and a pool. In the first nine floors there are ten and eight apartments of one level, and in the final four floors, four apartments of two floors and double height in the social area. The area of these apartments varies between 160 and 280m2, they are thought to be for big, conventional and families with children.

Although in plan the both built volumes have variations in their orientation, in reality its main façades and most extensive, face the strong sun of the morning and afternoon in a tropical environment without seasons and constant climatic conditions. To maintain the building in shade throughout the year longitudinal and continuous eaves have been proposed. They gain and lose depth according to the spaces they protect, always widening in the social areas and in the bedrooms and decreasing in service areas. Balconies and terraces are always located in the interior of the façade’s perimeter and the windows are always positioned in between eaves. Strategic openings have been considered to favor cross ventilation in the interior of the apartments.

Before impermeable urbanism, this buildings tries to do the opposite: instead of closing itself completely inside a control fence, its outline is exposed to the street, it can be touched and it locates in the first level the access booth and premises for a café which can be used by both the neighbors and the community in general. 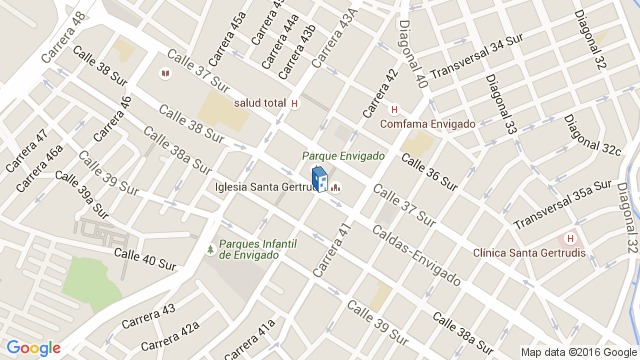 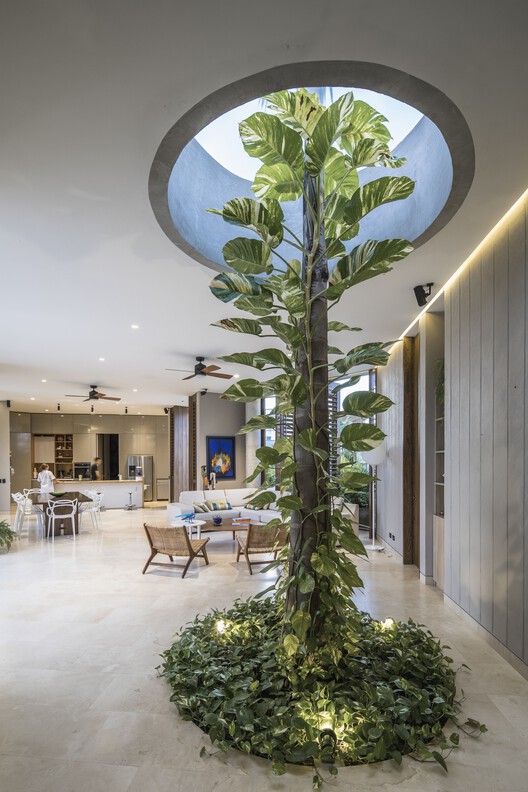 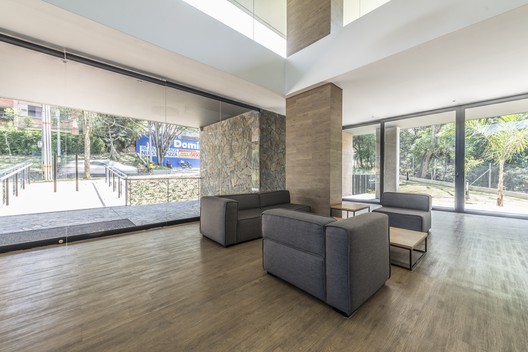 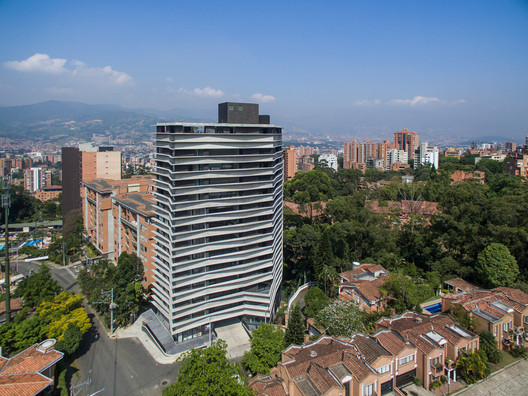