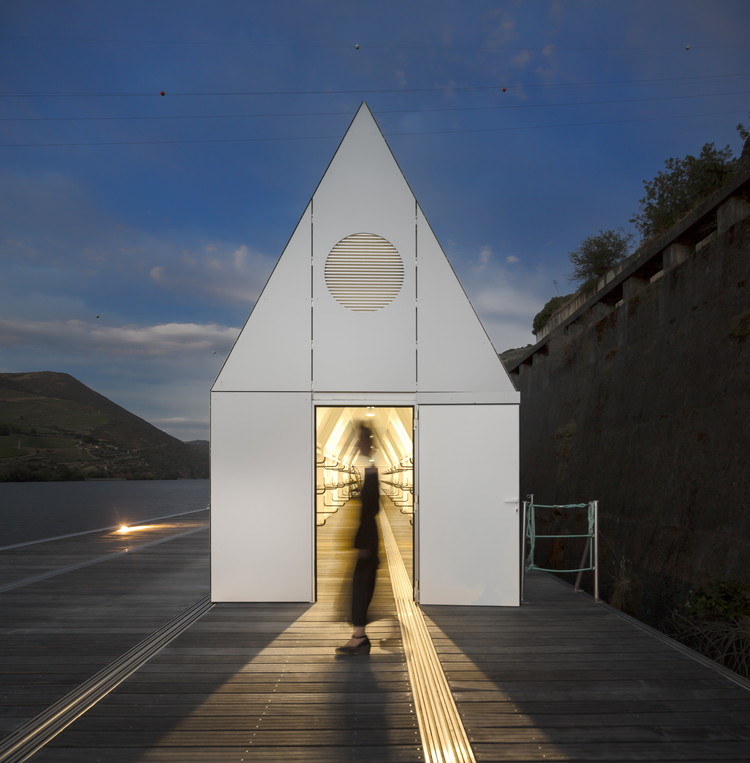 Text description provided by the architects. The jetty at Bagaúste is not grounded. It is over a broad expanse of the river Douro, tucked tightly against the fast and violent riverside road. It houses the hustle and bustle of canoes and rowboats in two perfect cabins. The café and the boathouse are simultaneously platonic and enigmatic. They reflect the westerly sun whit their aluminum panels.

The quiet waters over which we have placed a long promenade nevertheless challenge the newer sound. All directions converge on the warm-shaded esplanade or under the blue sky echoed inside the bar… The train on the opposite bank is no longer futuristic… The boathouse could be a one-bedroom hotel, as taught by Aldo Rossi.

The Cais de Bagaúste was conceived as an imperfect diptych and the two cabins, which are not aligned, are the beginning and the end… out-dated archetypes in an idolized landscape.

Boats on the river are reached via floating decks or can be towed along solid ramps. The changing rooms are concealed in the café cabin. The full grow trees were there already, at the foot of the sloping vineyards.

An embankment of big stones, operated by one man and his machine, guaranteed solid ground.  The rest of the project was constructed on the waterside, with cautions but clear-headed daring stripped of all fantasy. The metal structure of the cabins was covered in layers of insulation, waterproofing and finally aluminum panels. To prevent the possibility of corrosion no nails or screws were used. The rainwater filters through narrow slits. 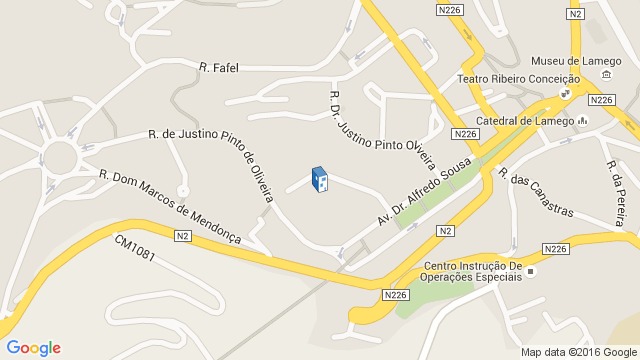 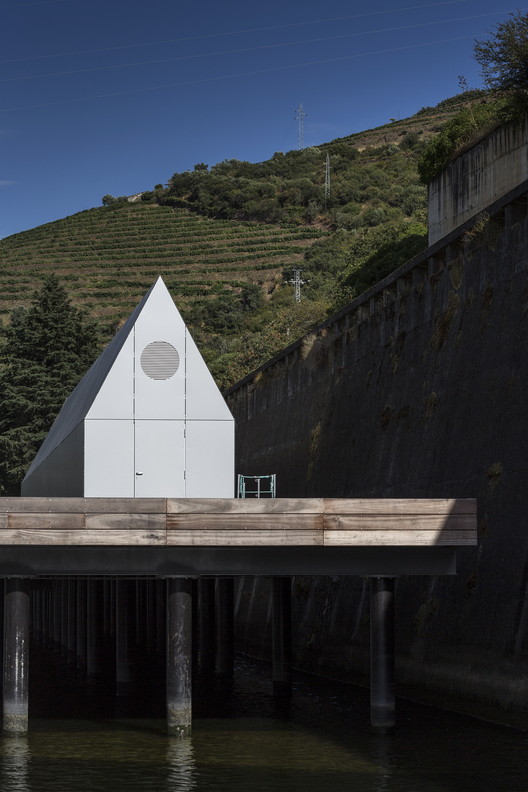 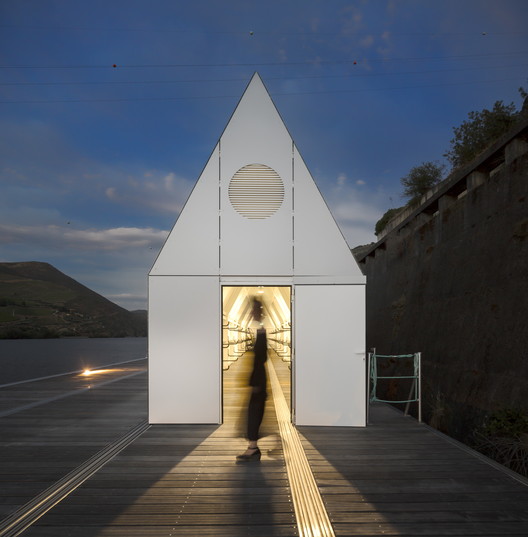