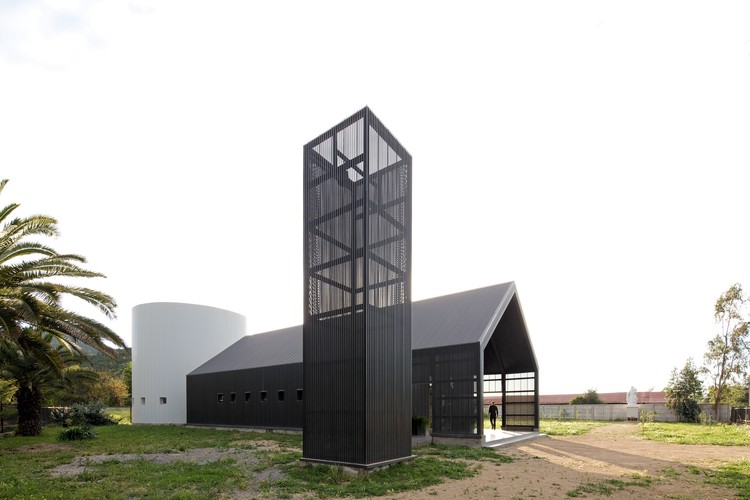 Text description provided by the architects. The rural community of Totihue (Sixth Region, Chile) was using an old silo as a Chapel since 1972. After the earthquake in Chile on February 27th 2010, the silo resulted unusable, so it had to be closed because of danger of collapse.

The silo construction is a recurring image in the Chilean countryside, so this particular silo has an important symbolic meaning for the community of Totihue. Therefore, this project, made in collaboration with the Fundación AIS Chile and the community of Totihue, rescued and supplemented the old structure with a new gabled volume, in the manner of a barn. The new volumen welcomes the new chapel, and the renewed silo operates as a funeral parlour, community center and other complementary activities to the chapel. The silo, with a base diameter of 10.50 meters and 10.50 meters in height, determines the extent of the new chapel, whose plant is a square of 10.50 meters each side, which houses the assembly, and its double golden abatement plant houses the court on one side and the presbytery, on the other. The height of the new chapel is 7 meters, allowing the silo to be the main element of the set. Another of the formal references was Rafaelito´s drawing, a boy from Totihue, as a result of a call from the parish priest inviting all the community children to dream about the new chapel.

The silo, apart from being repaired structurally, was coated on its outer with Hunter Douglas white metal plates Quadrolines 30x15, keeping the color and image of the patrimonial silo, while the new chapel has been coated with the same metal plate, but dark gray, seeking not to compete with pre-existing structure. Thus the autonomy of each volume is achieved using a single material, which is a constant work of our architectural workshop. The interior of the chapel was covered in pine 3/4 x 5 inches, which was donated by neighbors from Totihue.

Natural lighting of the silo was worked by twelve lower openings, that allow keeping the solemn condition of the space respecting overall verticality and height inside the silo; while in the chapel a large window over the altar was privileged, in order to illuminate the latter and see the silo as a background. The assembly is indirectly illuminated by fourteen windows halfway up. The outer court is protected from the sun generating shade by perforated metal plates installed in such a way to achieve a secure and ventilated space. The perforated plate has also been used in the belfry, which is a free volume of the set, with 7 meters, the same height as the chapel. 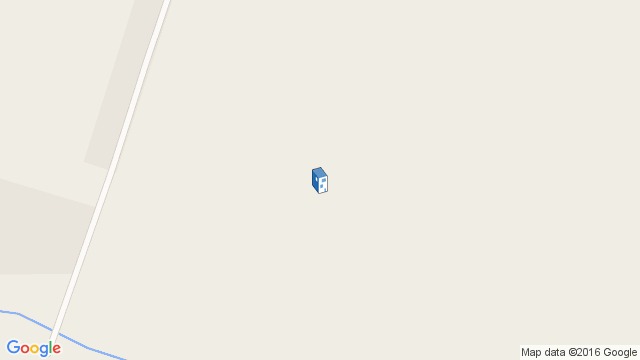 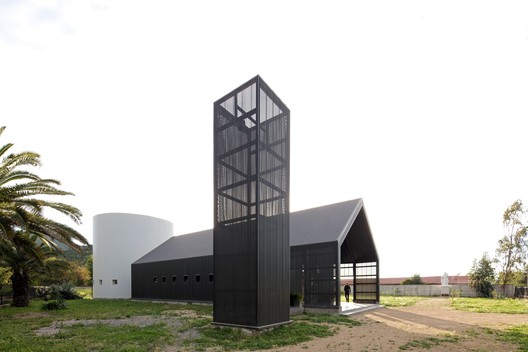