To promote the launch of their new Game of Thrones notebooks, Moleskine has released a video that recreates a portion of the series’ title sequence using only paper architecture models. Made by Milan-based animation studio Dadomani, the stop motion video uses over 7,600 paper cutouts.

The video shows the fortress in King’s Landing, starting with a view of the surrounding houses before panning to the castle where its cogs and gears begin to spin. Slowly the castle folds into itself, becoming a page in the Moleskine notebook.

See how the stop motion was made in the video below. 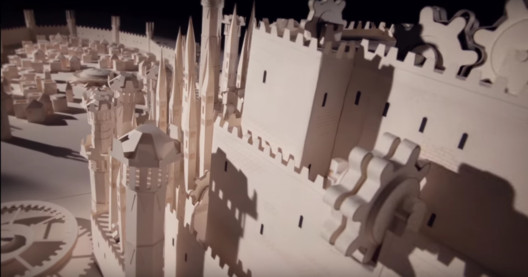