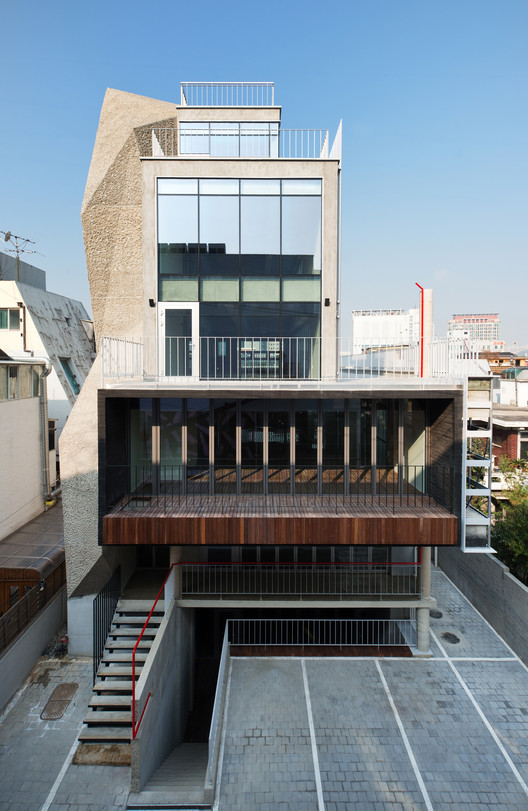 Text description provided by the architects. Our has completed recently a building with the architectural elements same to had been used at our previous project Dayang Sanghoi at Pyeongchang-dong introduced on this korea magazine in September of 2014.

However, this project isn’t a series of the project at Pyeongchang-dong.

Saying that we has concentrated on the world of Lee U Fan’ artwork, a master of Monoha which gives object fundamental existence and emphasizes relation between object and object, object and human, by presenting the materials such as wood, stone, clay, steel sheet and paper as we are without touching them.

Mono of Mono Ha means ‘object’ in Japanese, and Mono Ha is an art trend in 1960s and 1970s of Japan originated in the interest about object.

Lee U Fan’s viewpoint on the object is just relation between object and world.

It is new attempt proceeded by Tune Planning through its own approach, as an artwork of Lee U Fan forms relation with world though minimum intervention.

Client had a plan to build a building for rental at the area around Hongik University, and proposed that all the accesses to each floor are separated in order to be used independently because it might be rented by different tenants respectively.

Spaces of each floor with private stairway and terrace are not the interior of building but the separate space for forming relation with its surroundings. 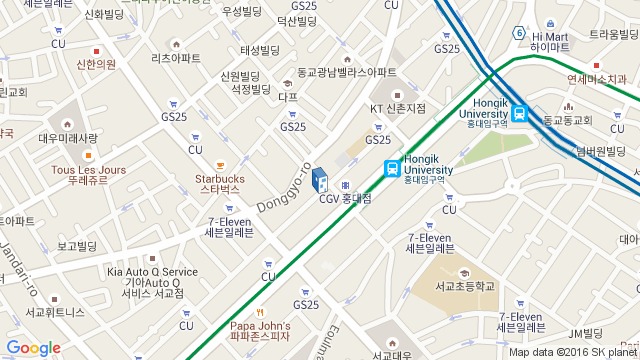 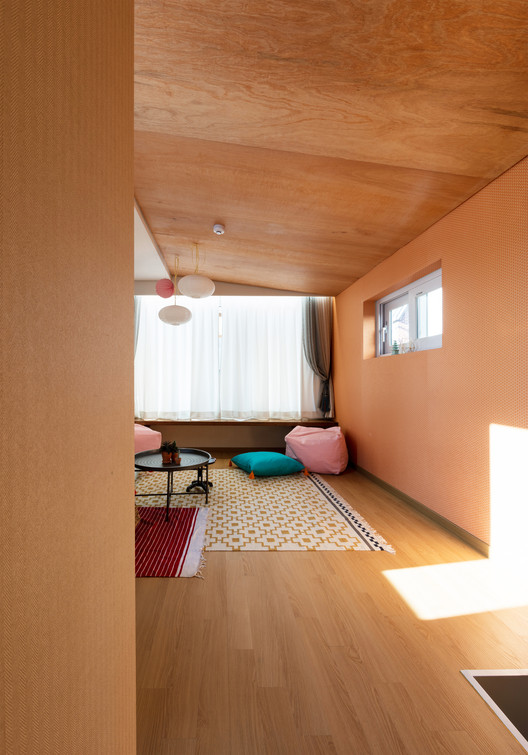