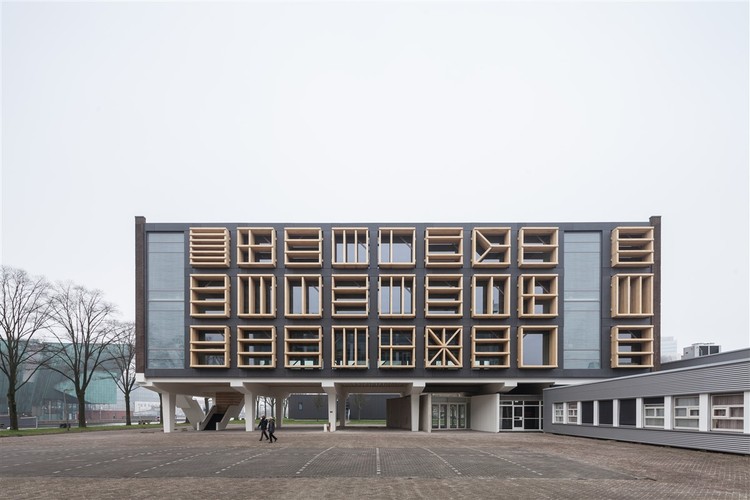 Text description provided by the architects. The Marine Base in Amsterdam has been a restricted military area for centuries, located in the heart of the city. In January 2015, the compound has begun a gradual transition towards a more public program. The departure of the designated marine units will be completed in 2018. Building 27E, a former education facility, is the first building on the site to be renovated for a public program. It had recently been dismantled and stripped down to a bare concrete skeleton. In June 2014 The Central Government Real Estate Agency commissioned bureau SLA to present a design accommodating new uses within the building. To host the Dutch Presidency of the European Union, taking place during the first half of 2016, the building was completed in January 2016.

The building is situated on the waterfront, next to the Maritime Museum and the Nemo Science Centre (a design of Renzo Piano). It was part of an ensemble of two identical elevated volumes, connected by a single storey base. Since 1962 the building served as a technical education facility for soldiers. True to the “Five Points of a New Architecture” of Le Corbusier, the two buildings were elevated above ground. In these days, the columns on which the building rests, the ‘pilotis,’ were pleasing elements for sculptural expression. The upper floors consist of a grid of columns, floor beams and floors with solid brick ends. A set of concrete emergency stairs faces the water. All the concrete has been poured in situ: the grain of the shuttering planks is still nicely detailed in the visible concrete. Access is provided under the colossus in a subtle embedded entrance area.

The building is located in the heart of the city. The design consists of a new layout, new services and new facades. The building can now be used as working space, but also facilitates meetings with a large number of people. To make this possible a number of changes have been implemented, of which the large lobby, spacious restrooms, the elevator, extra emergency stairs as well as fixed sunscreens are the most prominent. Each floor measures 500 m2 of net floor space. The first tenant is Makerversity, a London based pioneering community that brings together the best and most exciting makers, providing them with the space, tools and collaborative environment necessary to grow their business.

The facades consist of large 3.5 x 3.5 meter triple glazed windows set into deep window bays. The structural grid is clad in dark, pre-moulded fiberglass reinforced concrete panels. Operable windows are designed as triangular “dog-ears” as not to (optically) subdivide the glass panes. These triangular windows are made of etched frosted glass. The main windows are fronted with solid timber screens of Accoya wood, an acetylated wood with excellent sustainable properties. The pattern of the blinds may look random at first sight, but is in fact an interpretation of all the national flags of the countries of the European Community - with an eye to the Dutch presidency of the EU in 2016. The etching on the windows in the staircases is based on a drawing of the famous Dutch minimalist artist Jan Schoonhoven (1914 - 1994). 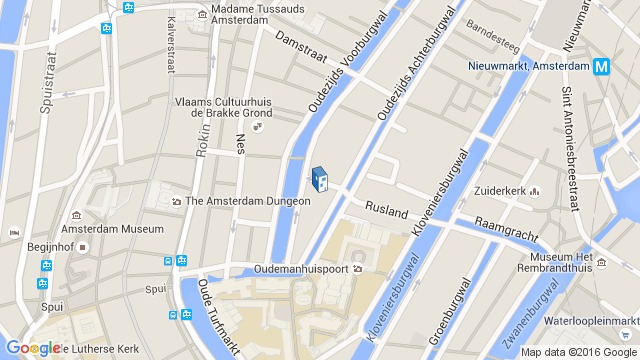 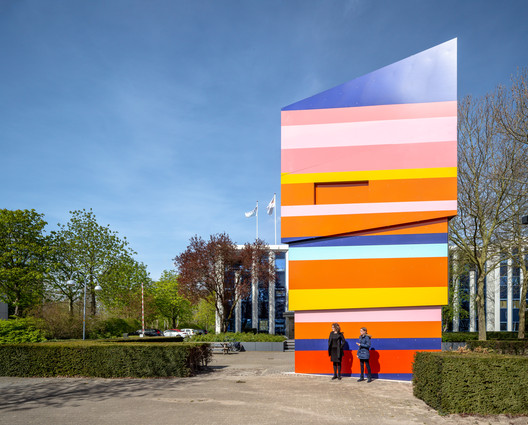