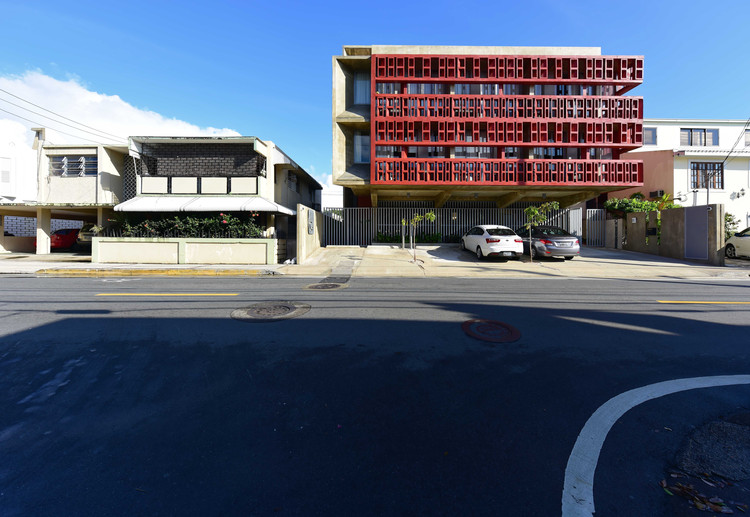 Text description provided by the architects. A family of long-time Ocean Park residents took on the task of constructing a thirteen(13)room guesthouse, oriented to the family and group traveling market.

Located on McLeary Street, the principal artery bordering this coastal / capital sector, the Inn is conveniently located between the tourist zones of El Condado and Isla Verde (with it’s international airport) – where eateries abound and public transportation is close by. It is also privileged with proximity to a superb beach, only a three (3) minute walk thru the San Juan’s premier residential community.

The rooms are efficiently accommodated on two (2) main levels oriented to the north and south sides.  They are equally separated by a central corridor that allow natural lighting and ventilation to enter the structure.  All levels are reachable by way of a carefully articulated stair and accessible by elevator.

The key perimeter patios are defined by exposed-textured concrete walls and become sensible extensions of the interior areas, a linear pool enhances the rear terrace. The roof terrace serves as a sundeck and a semi-covered observatory for attractive views of the mountains (to the southeast), the beach (to the north) and the rest of the low-density neighborhood. 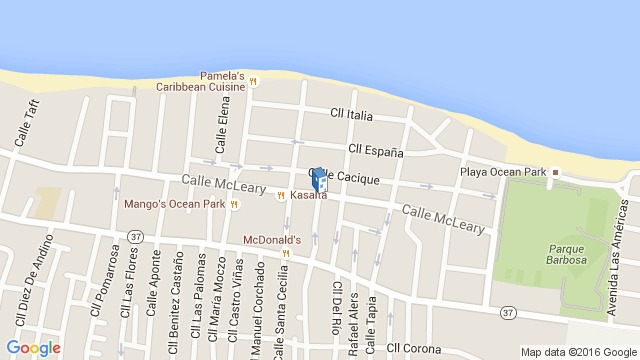 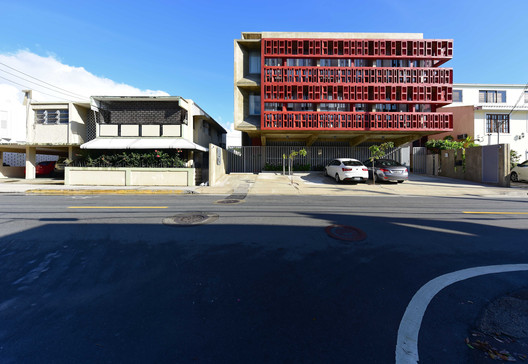