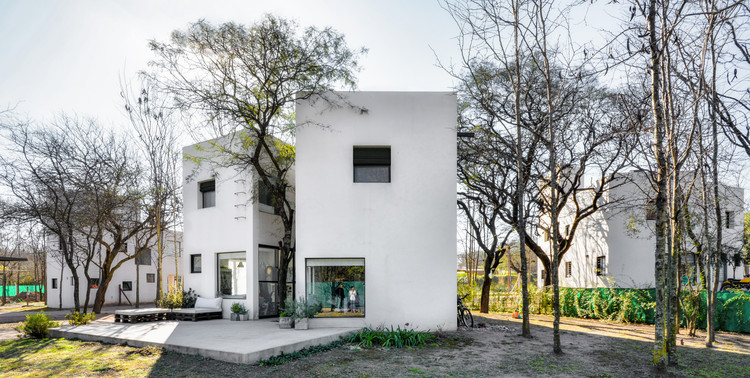 Text description provided by the architects. These group of houses are located in an acacia’s forest near Cordoba, Argentina. One of the main aims of these project was to preserve the original atmosphere of the site where the houses are located. The project is austere and the protagonist is nature.

A central street leads to 8 plots where each unit is placed in isolation dodging the largest trees.
As these homes where going to be perceptible around the whole perimeter, we decided to work with a simple formal operation that involves breaking the plants at different angles, in some very acute cases, generating contrast of light and shadow and deconstructing the idea box. As a result, these houses are composed by two articulated prisms that allow almost panoptic vision in all directions of the forest.

Outwardly, these white and abstract prisms serve as a figure where the background is the forest. Inside, each window is oriented towards better views serving as a framework for the enjoyment of the forest.

We took the decision not to build dividing walls between plots and not on the perimeter of the property. In this way, the public space of the street and sidewalk visually links the gardens of each house returning to the city the view that originally had to the woods. 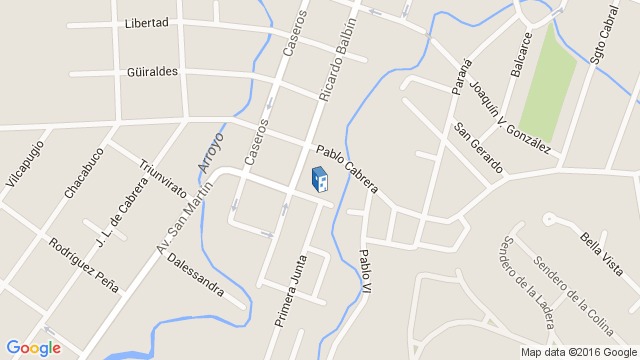 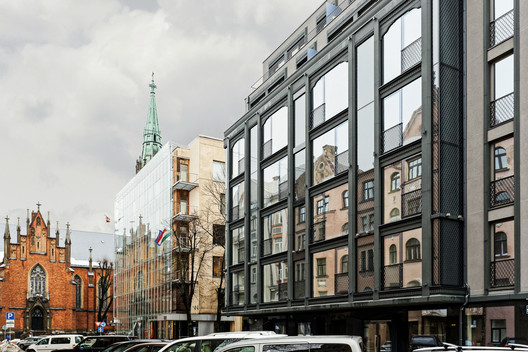