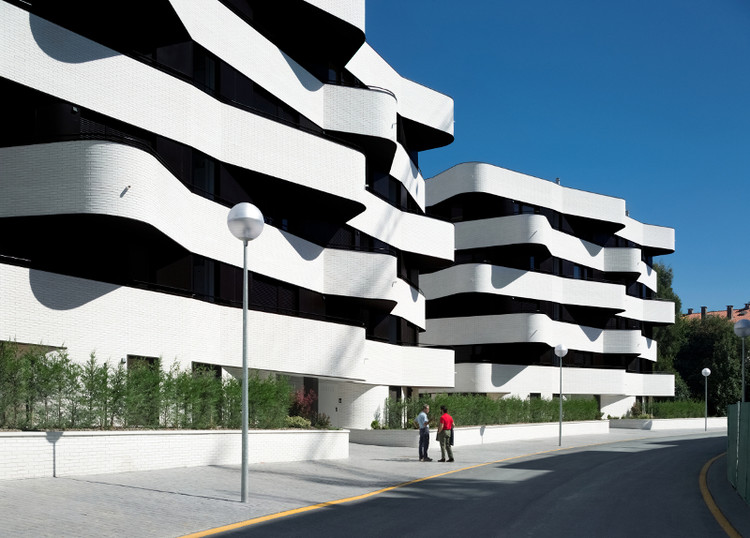 Text description provided by the architects. The 58 subsidized dwellings developed by Sukia are located on the edge of a hillside in the municipality of Leioa, therefore having great visibility in the surroundings. The Masterplan defined a base that would occupy the garages level. This plinth would then support, as if it were a podium, four blocks which, also dictated by the council, would have the same materials as the façade. Two of these blocks make up the development we are dealing with.

Agreed upon with Neinor, responsible for the development of the other two blocks that complete the set, the chosen image was to be defined by white bricks for the parapet areas and dark aluminium, nearly black, for the window ones. The appearance of the blocks would be completed by the set of alternating round-shaped projections. This strategy gives these two blocks a certain image of lightness and optimism, far from the typical massive aspect normally offered by house developments, particularly council ones. Additionally, the balconies would offer their users incredible views, granted by the privileged location.

This same formal strategy helped us define both the limit of the development and the entrance to the buildings, which is far from the characteristic entrance hall where a door precisely defines the boundary between the inside and out. As is usual in our projects, in order to define how the building and its immediate urban surroundings would come together, we referred to both the architecture of country houses and their entrance halls and modern architecture. The curved brick walls, the uninterrupted openings and the vegetation follow us through towards the inside in a quest for a fluid relationship without precise limits.

Traditional architecture is recovered inside by making the common staircase area the centrepiece, reduced to a minimum in the majority of present-day developments.

Undoubtedly, this area is the contribution that makes a difference to the neighbours. It represents the opportunity for them to build a community, by all valued and well regarded, beyond the individual expression of their own flats. It recuperates community values, so scarce today. Despite the great scale of the patio, the materials, the finishes and the lighting were treated as if an interior. It is everybody’s great living room, illuminated with natural light that comes through seven skylights.

The blocks have a ground floor and four more storeys, each one with six dwellings, four of which are three-bedroom flats and two two-bedroom ones. The living rooms of the three-bedroom flats are on the corners, duplicating the possibilities of views and those of the two-bedroom dwellings are located on the façade with the best views of the development. The finishes are the typical ones of subsidized housing: plasterboard walls, laminated oak floors and doors, with some details, such as the skirting boards of the jambs, painted in white which help with the perception of amplitude and luminosity.

The structure is made of reinforced concrete and follows a post and slab system. The curved brick envelope is executed with two special pieces that together with a standard piece form continuous patches over a steel frame which serves as a substructure. Heating services are accounted for by individual boilers but with preheating thanks to an installed solar panel system.

All in all, a building that serves social needs but also, a building committed to the social values that architecture can offer. 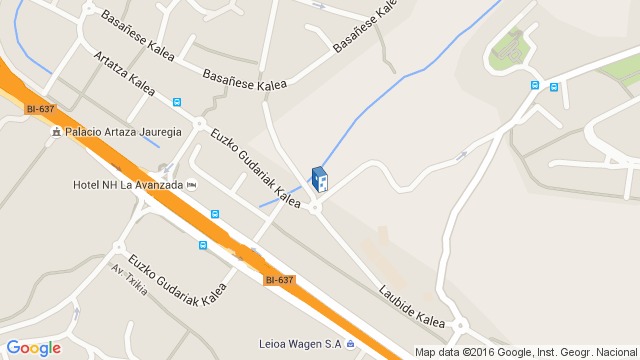 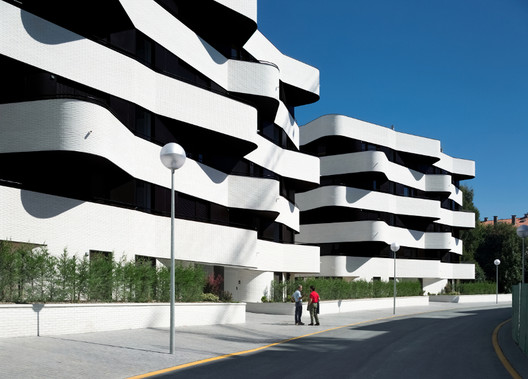