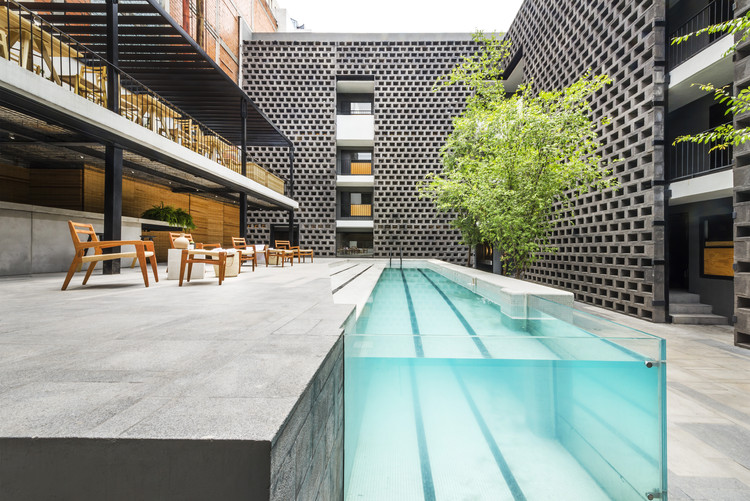 Text description provided by the architects. This project had as its starting point a project of urban archeology. We find a property in total decay, formerly called Garden Amazonas Hotel, we quickly googled it and saw a couple of photos of its heyday where we were primarily drawn to the central courtyard as an oasis within the city, and the seventies decoration, artificial grass and the clothes of those who were photographed sunbathing by the pool. There was nothing left of that hotel other than the typical structure of a motel with exterior corridors overlooking the courtyard as well as countless layers of coatings, aggregates, steps, and ceilings. Today the hotel has 36 rooms, each with a special touch.

The facade, which we decided to keep intact, was probably remodeled in the eighties, wanting to impose an air of modernity to the building they covered it with an enclosure finished in glass mirror. Colonia Cuauhtemoc, which today is a very culturally active area, shared the same process of deterioration for several years when the periphery competed with the central city. The decision of what to keep and what to remove was a playful and gradual discovery process.

We even decided to prevent access on the facade and build a new one on the side, in the neighboring parking lot to change the narrative of circulation and cause a surprise making visitors come in directly to this central courtyard that we had idealized in the photographs. In the process, in addition to removing and showing the different layers, we also decided to provide some powerful elements that could give cohesion and unity to the project. The concrete structure of the existing building can be seen in every common area and hotel room.

The central courtyard becomes the busiest public space, the restaurant, which is designed under the same criteria of the hotel. The shop / gallery and library spaces are integrated with each other, they break the boundaries between them and create the feeling of no limits defining them independently; the library has a cozy enclosure through the atmosphere and furniture.

The lattice of black concrete blocks is connected with these objectives of spatial relations, but also provides privacy and enriches the journey to the rooms. These have a living condition inside that depends on the guest, some even have private roof terraces to sunbathe and enjoy the vertical urban landscape of Mexico City.

The interiors are done in collaboration with a team of Mexican designers who took care of every detail of the spaces, from concrete furniture with inlaid custom wood and lighting fixtures, even the bathroom fixtures, producing each piece according to each room. Contemporary art interventions cover some walls of the rooms giving a touch of color and creating a unique spatial experience.

For us it was important to take care of every single detail that makes the hotel experience, this is why in conjunction with a specialist we developed the graphics and branding, so that the same conceptual architecture guidelines could be reflected in them. 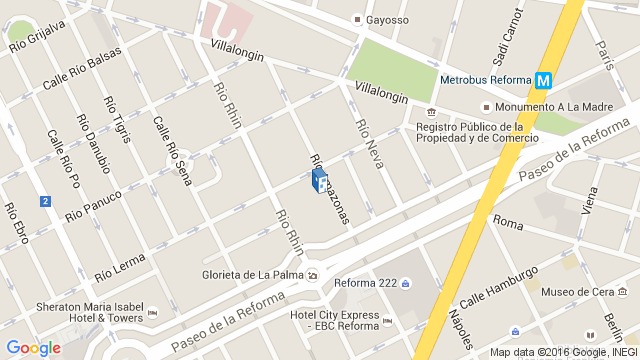 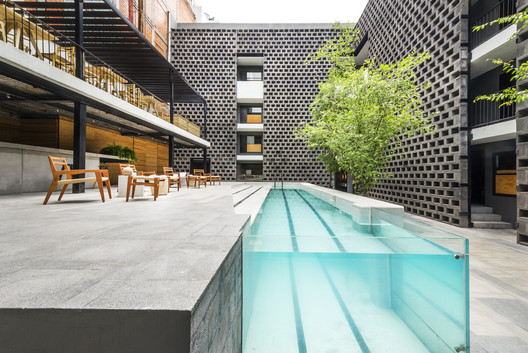