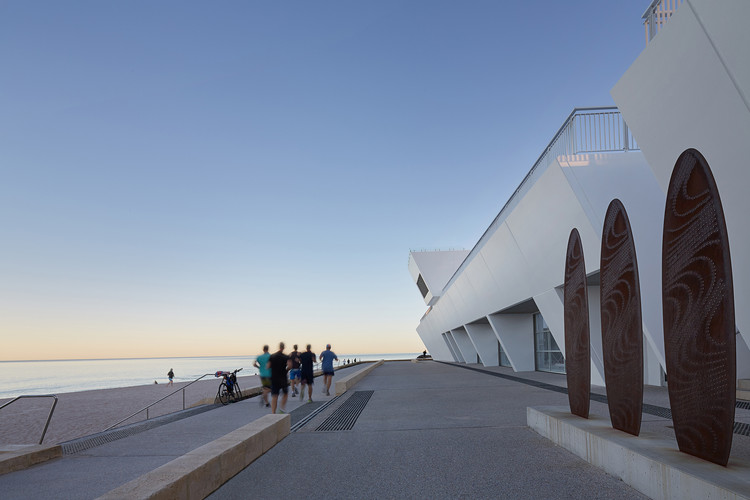 Text description provided by the architects. The project was commissioned through an architectural competition. The initial brief for the project required a single two storey building comprising of a surf club at ground level and a first floor commercial space. The CHRISTOU scheme challenged the brief and offered a composition of orchestrated buildings, framing a new public space and capturing views of the expansive Indian Ocean coastline.

The design was inspired by the rugged coastline, the beach and the icon. The intensification of a coastal outpost, carving out space from the dunes. The project includes; a dedicated surf club at the edge of the ocean, three commercial pavilions and alfresco decking areas, extensive green roof, landscaped plaza and street, and sea wall constructed to a depth of RL -1.0 extending from the groyne in the south to the boardwalk in the north.

The design nestles into the site, working the topography to create a sequence of programmatic datums; transitioning from arrival, hospitality, public space, promenade and beach. At all times the lure of the ocean is present through framed and expansive views of this iconic destination.

The linear surf club, hidden from view on arrival, emerges from the south as a low-slung angled wall projecting itself north onto the beach, extending the ecology of the dune with extensive landscaped green roof and lookout. The surf club wall providing shelter and amplifying the sound of the ocean along the promenade.

The commercial buildings, appearing as a series of low-slung transparent pavilions, are set back from the surf club and wrap the plaza to the south, creating a protected internal street and public courtyard for the tenancy. The pavilions are broken, the gaps between, framing views of the coast, the groyne and lookout tower, filtering wind, and creating an arrival zone which allows for the scheme to evolve in the future.

The public space cascades from south to north, beginning as a protected courtyard, opening into a protected outdoor amphitheater with full views to the beach northward.

Existing pine trees were relocated to create shade within the public space and preserve the character of the landscape on the site. 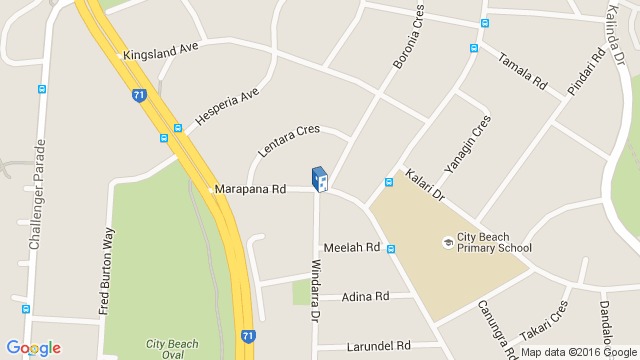 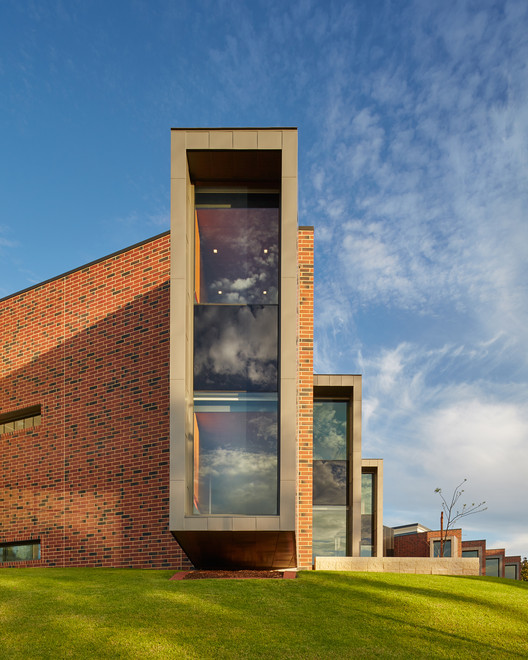 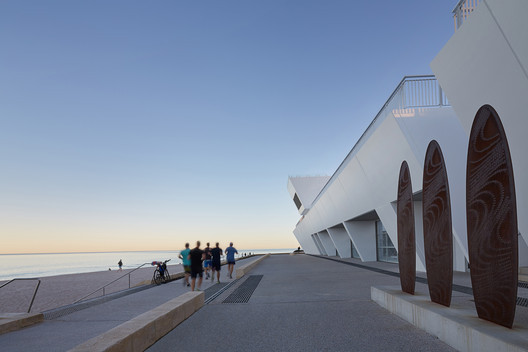