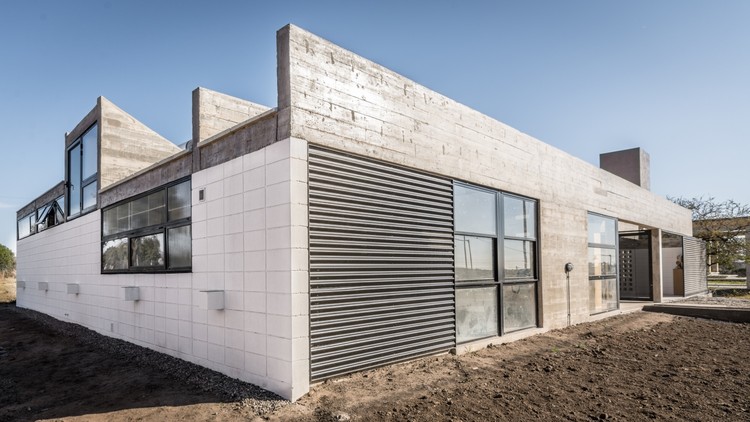 Text description provided by the architects. The house is located in a new community on the outskirts of the city. The project is meant to be a sober and orderly intervention; a pause within a visually noisy context. Once you walk in the interior of the house, one understands that the spacial sequence is defined by its structure. By structure we mean shape, space and movement.

In an attempt to reduce, but above all, keep control of construction costs, inexpensive modular elements were used –e.g. concrete blocks – as well as materials that do not require maintenance - e.g. exposed concrete and pre-painted metal panels-.

Concrete blocks comprise the exterior envelope of the house with metal framing with gypsum board on the inside.  The metal framing hosts all of the pipes and wires without interfering with the CMU, while providing optimal thermal insulation. The project is laid over a grid of parallel walls which run from east to west, crossed by 4 beams in a north-south orientation. Walls define spaces and there are sloped slabs between beams.