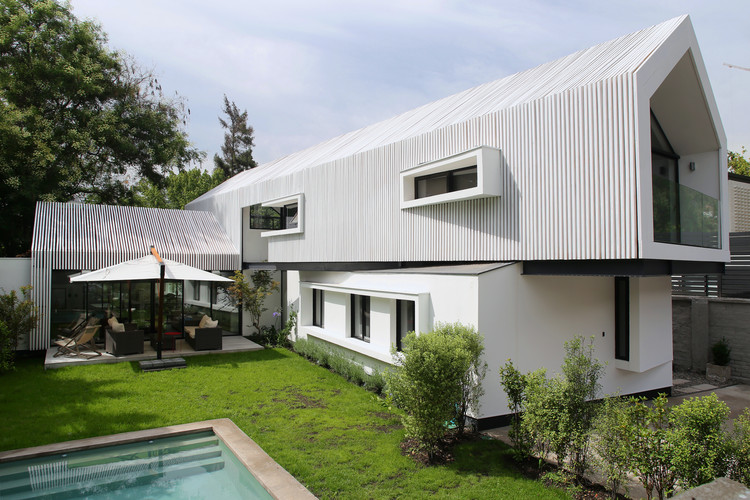 The main intention of this house renovation project was to create an area of ​​a main and dominant garden (nonexistent due to the original location of the house) and at the same time highlight and enhance the situation of confrontation to the hill, originally ignored.

In that order, the demolition of 60% of the original house was considered bailing only a parallelepiped volume with gabled roof, which it was used as the module compositional project.  A second outer skin of wood sticks was disposed to cover all this original volume.  With the intention of generating, on the one hand, the desired volumetric reading element and on the other, a ventilated facade (poorly thermal insulation in original house)

The project was composed using 3 volumes;  ground floor 1 original volume + volume second floor turned to the view that dominates + new volume ground floor, turned over prior to maintain independent reading of the 3 elements.

Special emphasis was placed on the coherence between the exterior and the interior, both volumetric reading and its spatiality. Showing up in the interior the volumes spanning from the outside and inside roof respecting the original configuration module.

In this sense at the meeting of the 3 volumes it is evidenced both outside and inside, by a double-height space formed by the three geometries, which constitutes the geometric articulator facing access and containing the stair way also became the functional articulator of the house.

The outer skin of wood sticks allows not only have a ventilated facade but also generate reading an entire volume that makes both wall and ceiling, in a simple and recognizable geometry but with a visual texture that enriches the experience of the approach by discovering the details. 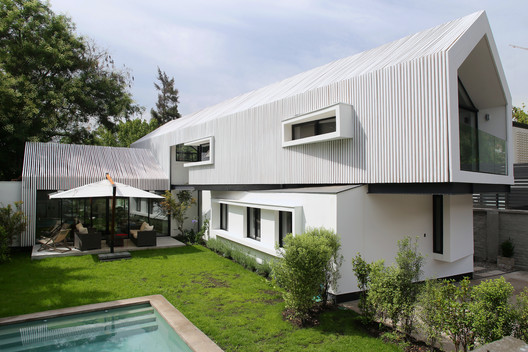