Several new renderings have been released of Robert A.M. Stern Architects’ TriBeCa condos at 70 Vestry Street, according to New York YIMBY. Located next to the West Side Highway in TriBeCa in New York, the 14-story building will contain 46 condos and over 153,000 square feet of residential space, with each apartment ranging from 1,700 to 7,000 square feet.

French Baumaniere limestone will clad the façades of the stepped structure. 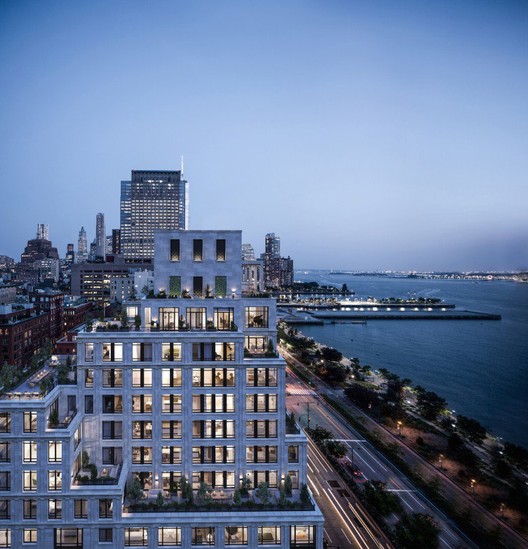