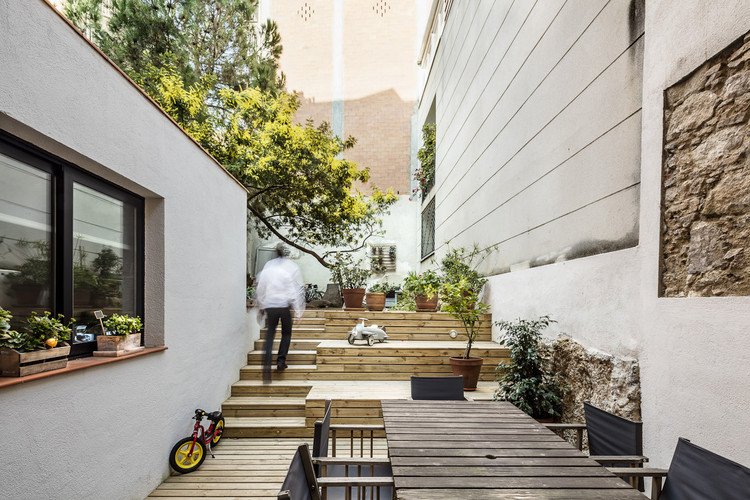 Text description provided by the architects. We find ourselves on ground floor of a building constructed in the year 1930, in the historical centre of Sarrià, a district in the upper part of Barcelona. It was a well-known establishment, since it had been a confectionary shop in the neighbourhood for many years.

Our clients, a couple of young entrepreneurs, called us to see if we could turn this space into a home despite being in fairly poor conditions. When we were moving forward with the survey, we realised that there was a false ceiling covering up the traditional Catalan vaulted ceiling, made in delightful ceramics, which could give the finished home a great deal of character.

The door to the street leads into an entrance hall and the main bedroom. Then we have an open plan kitchen, living room and dining room with the vaulted ceiling, and two other bedrooms, one of which looks out onto the patio and the garden.

There is a gallery designed as a reading room that leads on to the patio.

We created wooden steps to cover the slope between the house and the garden, which was on a higher level where there is a hundred-year-old acacia.

We have combined natural oak wood with geometric mosaics. The doors, some made of pine wood, give us the feeling of quality that we wanted to achieve.