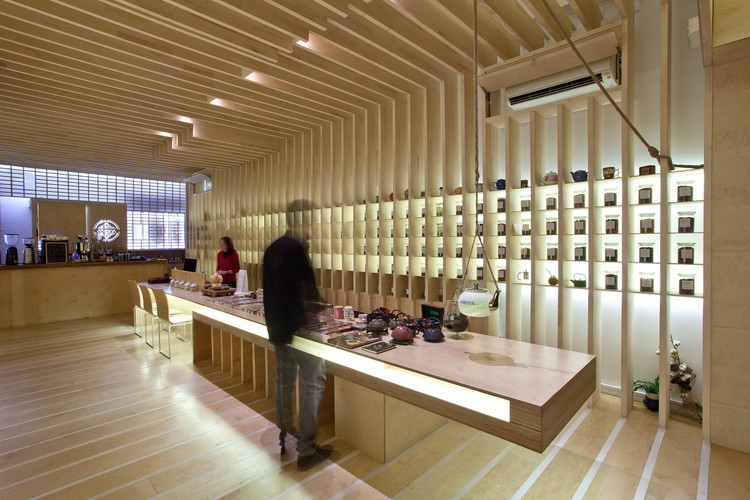 Text description provided by the architects. To Tsai Tea Room is located at Alexander Soutsou street in Kolonaki, one of the most lively areas in Athens. Kolonaki is a very dense zone located in the south of lycabetus hill, between the archeological/ institutional center of Athens and the anarchist zone of Exarchia that occupies the west part of the Iycabetus hill. It's consider to be the most expensive area of Athens and its residents are well educated and wealthy. Because of its multi-use character ( residential, offices, retail, entertainment, art, institutional) it's consider to be the part of the city that never sleeps. People from all the Attica basin along with a lot of tourist are visiting the area in order to visit the newest culinary experimentation or to visit an exposition in one of the multiple galleries and design stores in the area. In fact Kolonaki is an area the open to experimentation in design, lifestyle, architecture, urban culture....

To tsai Tea room it's the first of half of duzin of tea rooms that were created in the area in the last ten years in a rayon of 200 meters and offer an variety of 500 teas from all over the world. The difference with the other tea room in the area, apart from its amazing collection of teas it's that after its renovation, it combines the tea room services with a retail shop and a light tea oriented specialties restaurant in the same space. It's visitors are mainly the artsy residents of the area and one could see some of the most known writers, artists and journalists of Greece that are looking for a calm space to retire from this overwhelming area of the city . Al Soutsou str it's a quite small street that unite lycabetus str and Dimokritou str that are very noisy and alive. The ornament free minimalistic details of the interior spaces combined with the wonderful odor palette of the teas and the soft music are creating that Zen universe that the artsy residents and tourist could retire from this noisy part of the city

The owner of the place opened a tea import and retail shop just couple of blocks away from the actual refurbished shop in 1994. He was the first to import good quality tea in Greece. In 2008 he opened the actual tea shop in a form of a tea room/ restaurant. The business were slow in the beginning but since the crisis started his business started to boom. The thing is that when the economy was booming tea business in Greece was bad, and since the crisis started the tea business/philoshophy has a very good resonance to greek people. It’s like tea works like a remedy, and that’s natural because the crisis learn greeks to adapt TO a more minimalistic way of life. That’s the good thing about the crisis, and that’s what made the tea philosophy essential to some of the greek people. Tea culture success it’s a reflexion of the slow change of Modern Greek people culture from materialism to essentialism.

Kolonaki it’s not booming back but its stabilizing, its booming was based in a materialistic pop culture bars and restaurants and that mode de vie its gone, supermaterialism it’s gone. What it’s interesting it’s that there is an alternative creative air. A new amazing chocolat place opened couple of blocks away, a chocolate paradise, street food festivals are held every couple of weeks, new galleries, art festivals, couple of amazing architectural interventions like ONE ATHENS, 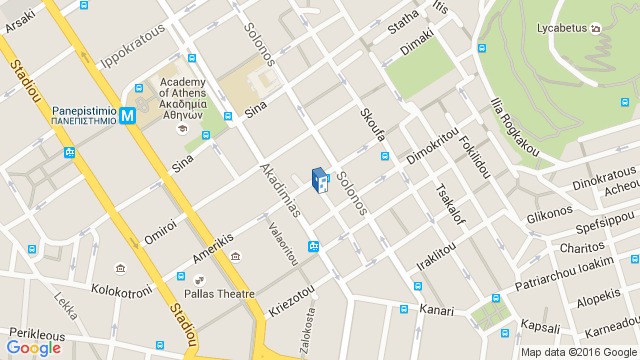