The British firm RMJM, founded in 1956 by Robert Matthew and Stirrat Johnson-Marshall with its first offices in London and Edinburgh, is celebrating its 60th anniversary. The international firm has grown considerably in six decades and now boasts offices and design studios in numerous cities – including New York, Buenos Aires, Santiago, Shanghai, Karachi, Dubai, Pretoria, Nairobi, and many more – on five continents.

The firm's early success in the United Kingdom led to international commissions in the Middle East and North Africa, with RMJM anticipating the impending globalism of the architecture profession, its actions allowing it to become "one of the largest and most geographically diverse architecture firms in the world." Read on for a small selection of RMJM's most notable designs, with one example taken from each decade of the firm's illustrious past.

From the architect. The original terminal was designed to accommodate 70,000 passengers per year. It comprised a low asymmetrical group of buildings utilizing prefabricated steel frame structures (to permit extension) and faced with Auchinlea sandstone and mahogany cladding. Further office and cargo space was added in 1959 and a new customs block, baggage reclaim area, buffet and kitchens in 1964.

From the architect.This covered swimming pool was designed to Olympic standards to provide for training and competitive events. The building contains separate swimming and diving pools and a teaching pool, together with seating for 1,700 spectators. It was opened by HRH Princess Anne at the start of the Commonwealth Games in 1970. Since then it has proved highly successful both for the many competitions which have been held there and for its wider use as Edinburgh’s principal public pool. The building was granted listed status in 1996 as “an outstanding piece of architecture”. 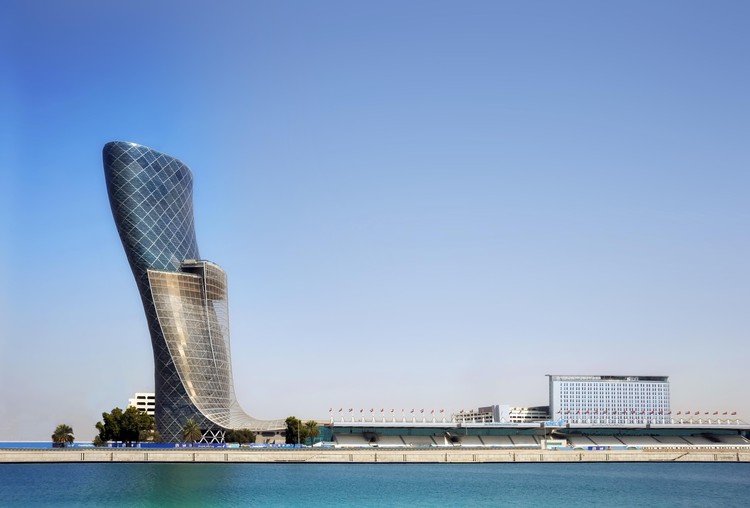 From the architect. RMJM was appointed by the Property Services Agency for the conversion of an 1820s Grade A listed building, originally designed as a school, to provide a new home for the Scottish Gallery of Modern Art. The building provides 22 galleries, with galleries for temporary exhibitions on the top floor, permanent collection galleries at ground level, and storage, offices, workshops and restaurant at the lower ground floor level. We also prepared a masterplan for development of grounds as amenity, pleasure ground and sculpture park.

From the architect. The Cherry Garden Pier urban regeneration project on a prestigious site near London’s Tower Bridge comprised an integrated housing and riverside walk development. Created over five distinct terraces, the majority of the houses have their own garden, garage and parking. The scheme included an attractive riverside garden overlooking the Thames for the enjoyment of local residents, which has become a popular linear park. The detail of fish patterns in the paving reminds visitors of the close proximity to Billingsgate Fish Market.

From the architect. RMJM, in a unique partnership with Enric Miralles Benedetta Tagliabue, was selected to design the new Scottish Parliament. The single most dramatic and outstanding idea in the winning competition was that “The Parliament sits in the land.” The intellectual vision was for a unique institution – open, anti-classical and non-hierarchical. The architecture that expressed this was to be de-institutionalized, aggregated, and organic – embracing the landscape and defying all the canonical rules of architectural composition. In 2005 the New Scottish Parliament won the Stirling Prize, the Edinburgh Architecture Association ‘Centenary Medal’ and the Scottish Design Awards ‘Best Publicly Funded Building’ ‘Architecture Grand Prix’.

From the architect. Structurally, this challenging building sits on an intensive distribution of 490 piles which were drilled 30 meters underground to accommodate the gravitational, wind and seismic forces caused by the distinctive lean of the building. The Feature Tower is an exemplary example of RMJM’s design and in-house engineering capabilities. In January 2010 Capital Gate in Abu Dhabi was recognized as the world’s furthest leaning manmade tower by the Guinness Book of World Records.