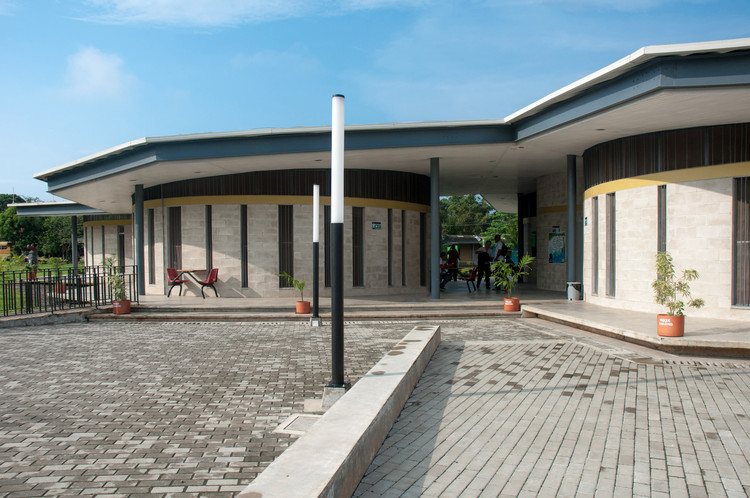 Text description provided by the architects. Chigorodo –which means “river of bamboos” in the native embera tongue– is a town with a population of over 65,000 people, 34 meters above sea level, located in the central part of the Uraba sub region 250 kilometers northeast of Antioquia’s capital, Medellin. It’s a strategic geographic region and it holds great importance to Antioquia’s progress given it’s the access route to the department’s sea.

The banana industry and economic center of the region consisting of the Turbo, Apartado, Carepa and Chigorodo urban centers integrated along the road to the sea in a process of conurbation, grants the Chigorodo Educational Park a strategic location in the area.

An open field with no vegetation located in the town’s old airport –now in disuse and exempt from the urban center– across the river and the backbone that connects Chigorodo with other municipalities, serves as a site for the project neighboring with an existing sports hall and skating track, and is emerging as a new sports and recreation center of the town.

The difficult climate between warm (average temperature of 28ºC), humid (tropical rain forest and tropical montane forest), and high rainfall (6219 mm per year), conditioned the way we approached the building: we needed to build a large cover that would protect us from the merciless weather, sun and rain. It created a great artificial shadow that would act as a tree generator of environmental comfort.

The cultural diversity of the region made up of indigenous communities, afro, settlers and migrants is manifested in how we intervened the environment. The territory was occupied dispersedly. The Embera communities, for example, build their villages through the grouping of “tambos”, small huts with a circular base, open sides that allow air flow and elevated from the ground to protect against floods and humidity. The tambo is divided into two circular modules, one gathers the bedroom area and the other houses the kitchen and food storage.

The Educational Park draws from this notion, reinterpreting, understanding their constructional intelligence and implicit cultural value in the conception of the circular space. Not from the geometric shape, but rather from a space-time concept of centrality and continuity.

The building is structured through clustering circular volumes on a platform specifically responding to each of the functions – classrooms, administrative area and services– all under the same roof. The separation between the volumes and the cover establishes a ventilation space, hence preventing overheating of the classroom and responding to the climate conditions of the place.

Construction materials are simple. The cylinders are made up of vertical bands of concrete blocks and openings (of three different sizes) with a permeable enclosure in iron rods, thus alternating full and empty sections generating a rhythm and allowing continuous cross winds.

The cover hovers over the cylinders, following the geometric line of the platform, supported by round metal columns –like the tree trunks that support the high ceilings of the traditional buildings– which are exempt from the wall, freeing them from their structural function allowing the separation between volumes and cover.

Two small access squares, the platform that works as a great urban bench, the classrooms, and the corridors as rooms allow the space to be used in various ways, responding to the community’s needs expressed through interviews, workshops and public meetings in an early design phase. There, education, entrepreneurship, sports, art, culture, and technology programs will be articulated, turning the building into a meeting point and a social space capable of generating a sense of community.

In the words of the former governor of Antioquia, Sergio Fajardo, an Educational Park is “a public space for townspeople to come together in the 21st century; an open space for the entire community; it’s the belief that quality public education, science, technology, entrepreneurship, innovation and culture are the privileged actions for –through the potential and wealth of our regions– fighting against social inequality, violence and the culture of illegality. 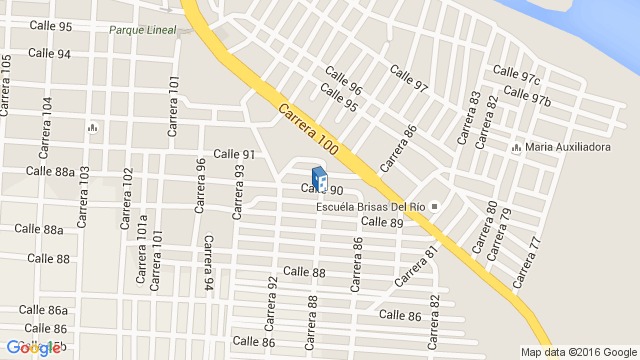