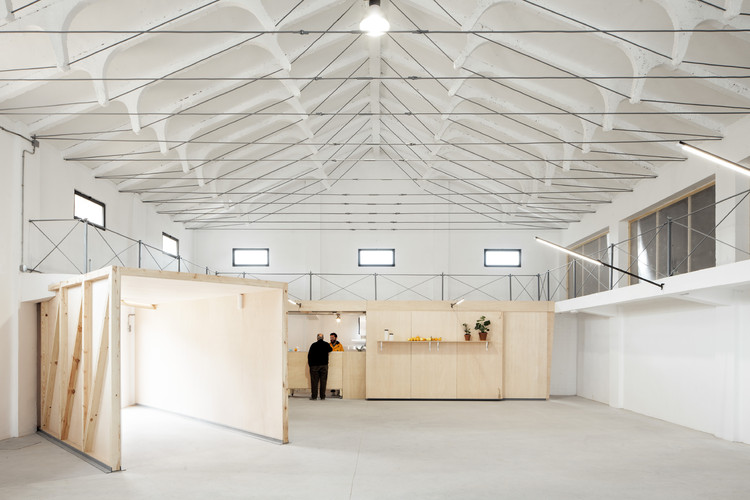 Text description provided by the architects. The building belongs to the old Spanish National Grain Storage Network (SENPA). In particular it´s a type G storage building, it´s role was to accept, storage and manage the grain production. This kind of constructions got gable roof and brick walls. Despite of being a humble construction it contains innovative elements like the prefabricated roof truss system. Creating an elementary and singular storage space.

Almenar´s type G grain warehouse is one of the few industrial heritage constructions preserved in the region. It started to work in 1960, and finally it was donated to the local government at the end of 90´s. The warehouse is composed of three connected storage units with separated access and a total area of one thousand and two hundred square meters.

The proposed intervention is focused on the restoration of one of the units interior space and the remodeling of it´s separate access. The aim was to promote and reinforce the sociocultural activities previously developed in the same place.

The actions were made without obstructing future interventions. The project is solved by a lamp, a tunnel and a wall. Working with materials and forms, without looking to camouflage into the old building. The links between the new elements and the old warehouse turn on the space and solve the initial requirements, at the same time it enables the emergences of new situations and activities which enrich the project. It´s a re-discovery and Re-appropriation of an space that was present but hidden to us. 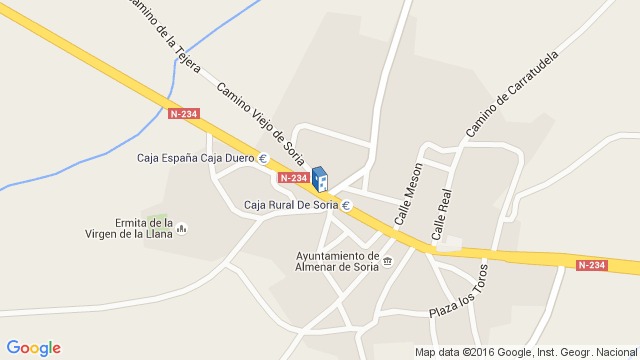