Save
The Little Red Ants / PRODUCE 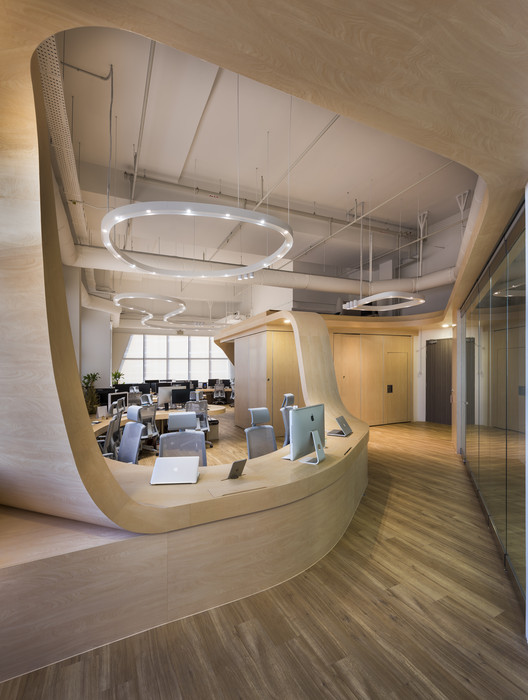 Text description provided by the architects. Little Red Ants is a creative studio known for churning out compelling videos for a multitude of clients. The nature of their work means they work round the clock, and their new office at CT Hub 2 at Lavender Street needs to be a sanctuary for eat, sleep and play, in addition to work.

The brief also called for a space that promotes communication as every project demands contributions from numerous staff members. As everyone has their little role and contribution to the big picture, they should have their own little space in this 'ants’ nest’. It is all about working cohesively as a single body and creating a sense of bonding and belonging. To some extent it is anti- hot-desking.

The result is an open-plan office space occupied by a single piece of furniture – a continuous figure- of-eight work desk that casually demarcates the worker’s space and the visitor’s space.

It was designed to flow with their work cycle (from writers to editors) and to mirror the way they work (from work to rest, eat and play). The work desk serves as an organisational structure that absorbs and appropriates all storage and functions into its own form. The table bends up to cover the editing suite, full bathroom, server room, meeting-cum-casting room and pantry – forming a elevated platform – before bending down and looping back to the work stations. This single connecting structure also presented the possibility of concealing all cabling within it. The desk is one long looped cable train, and the cables are planned and laid concurrently during assembly on site.

Naturally the single biggest challenge in this project is the fabrication of this central feature, which is an object that most carpenters will reject. The designers were able to use the company’s prototyping capability to test out possible solutions. To create the sinuous form, the internal curved supporting ribs and table top of the desk were cut using the CNC machine at the PRODUCE WORKSHOP. The finishing maple veneered ply sheets were scored with regular shallow cuts allowing it to bend over the curved structure forming a seamless joint between surfaces. This means that the carpenters need only to fit the customised cut pieces together using modular timber battens.

Subtle grouping of functions is achieved with lighting. The loops of hanging lights mark out the space for the writers and editors. As they work 24-7, alternate warm and white down lights are installed with dimmers allowing for the change of ambience to suit different needs.

The meeting room can be opened up to be part of the overall space. It comes with a retractable table and transforms into a casting studio at the touch of a button.

The rendering and editing suite can be opened up to be part of the colony or closed off to create a sound proof environment. It is fitted with a cosy video lounge and hidden storage.

All storage and functions form part of the central feature object in order to accentuate it. There are built-in iPad docking stations on the table and document racks hanging underneath it. 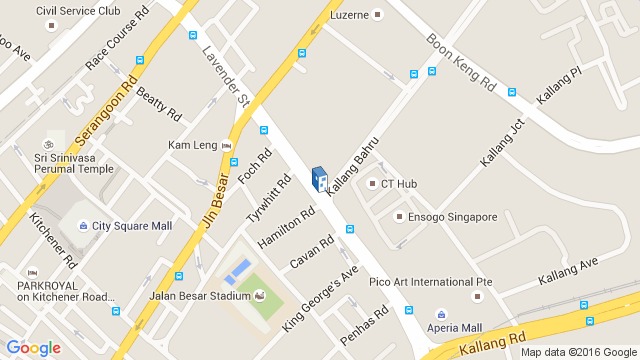 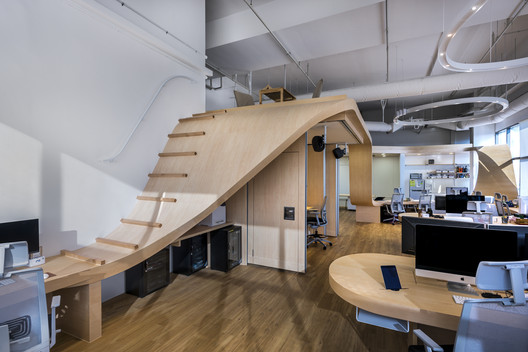