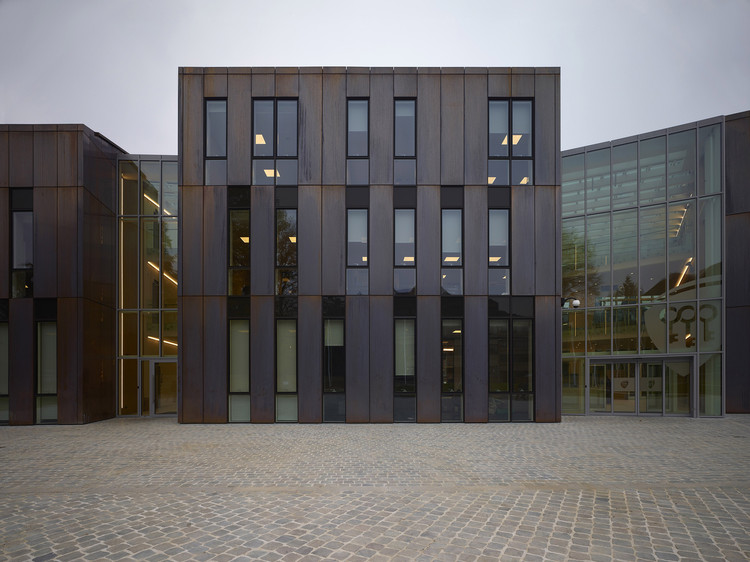 Text description provided by the architects. Gembloux, a medieval city located in the Walloon region, is characterized by the presence of three significant historical buildings: the ancient bell tower called the Beffroi, the Église Décanale and the Maison du Bailly.

The city launched a process of urban renewal and decided to involve the Europan authorities: in this sense the reconstruction of the town hall should have been the starting point for the urban refurbishment of the entire city.

The project underlines the importance of symbols of the city because they are intended as the direct extension of the building, focal points from which the blocks of the new town hall are modelled.

One of the key issues lies in the establishment of a clear relationship between the park and the city: the park becomes a meeting place for the inhabitants while the new town hall is set up as a scenic wing from which the view opens over the medieval core.

The project is grafted in the ancient urban centre, with its tangle of irregular and narrow streets, and it's designed as an operation of coherent integration with the existing urban tissue: in this case the south front of the building is entirely opened on the Parc d’Epinal, that becomes the central garden for the people of Gembloux.

The definition of specific points of view focused on the symbols of Gembloux activates a process of fragmentation of the unitary mass of the building in three smaller parts, that adjust to the urban scale of the city and house different functional programs.

The resulting fragments, covered with a copper cladding, take advantage of the various elevations of the project site and generate an articulated sequence of public spaces complementary to each other. Between each of these blocks there are glazed diaphragms: empty space between solid building masses, places of transition from where the user can appreciate the surrounding townscape.

In conclusion, the project tries to set up a new centrality in the existing town and in the same time it can be seen as an occasion of urban improvement: the building engages in a dialogue with the city and at the end reveals the real character of the surroundings. The project enters into resonance with the ancient voice of the city, also as far as its materiality, and establishes a changing relationship that is influenced by the atmospheric and lighting conditions of the site. 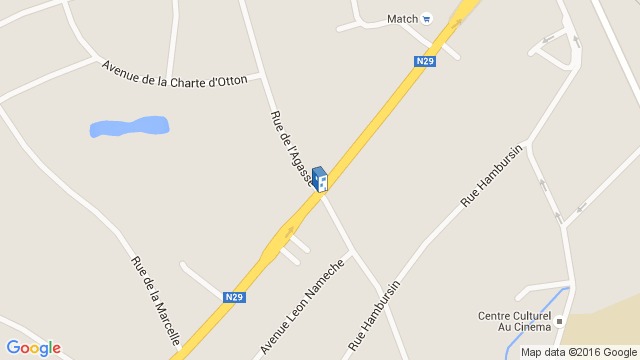