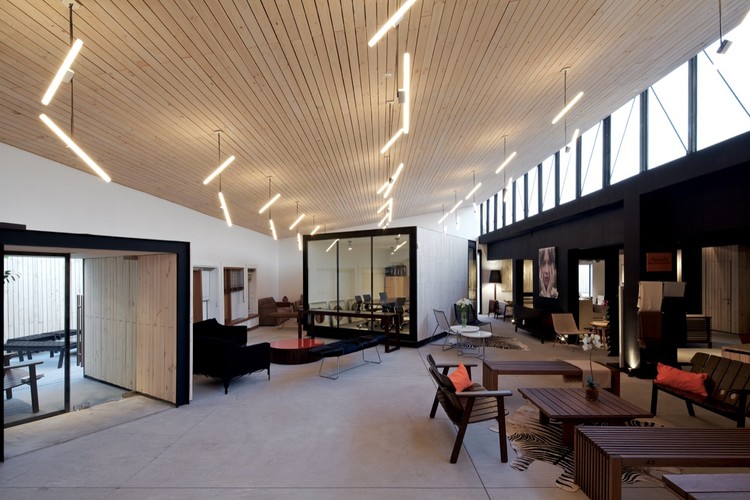 Text description provided by the architects. The project consists in the recuperation of an old commercial warehouse emplaced in Villa el Dorado in Vitacura, as a Strategic renewal of the comercial infrastructure of the neighborhood.

The new presented programme is a showroom for furniture sales and exhibition.

The warehouse, built in 1962, was in a major state of deterioration, due to poor maintenance, a fire and countless interventions which were also in poor shape.

The recuperation strategy starts by cleaning the site, removing everything that was not originally part of the construction, in order to bring the original structure to value.

The original structure is divided in two main areas, north and south. The southern portion of the building is a low height construction built on reinforced concrete pillars and beams, on which prefabricated concrete beams are mounted as a part of the deck structuring, construction features of the time, that are brought to value as a part of the recuperation project. AS to the northern area, with higher ceilings, an existing skylight was recovered as a natural lighting element.

Afterwards, programmatically, four independent elements were added as a way to occupy the inner space:

These are organized within the original warehouse, with different orientations, so as to create new sub-spaces around them, in order to create different settings for the furniture to be displayed in.

Finally, the exterior is projected, on one hand with a steel plate façade, which contemplates the recuperation of the original roof wing and the improvement of the public space in front of the site, and on the other hand, generating patios that allow the exhibition and sale of goods. 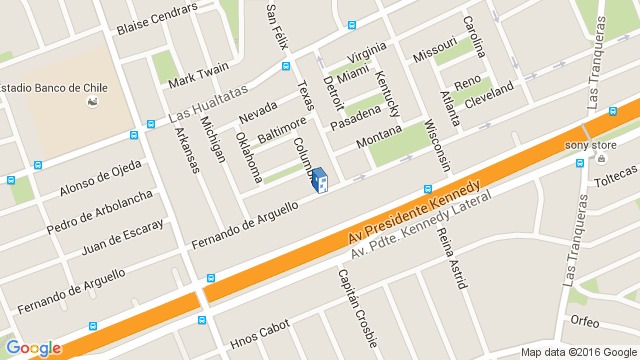