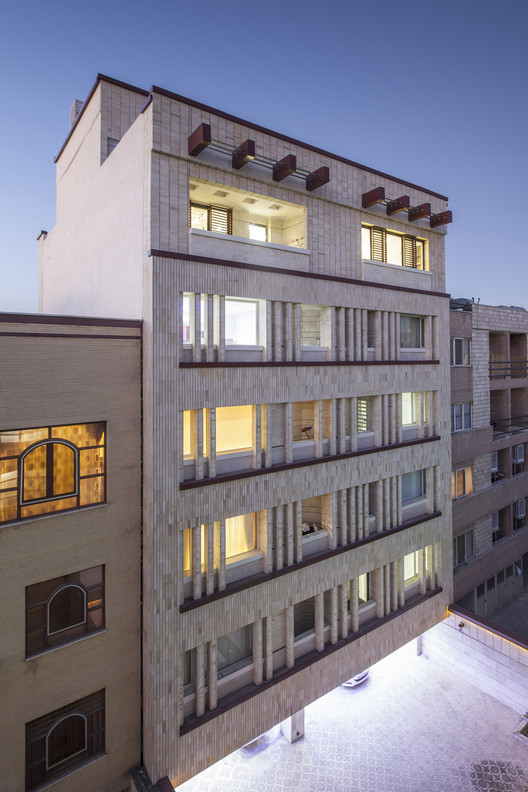 Text description provided by the architects. Khish-Khaneh Residential Building is placed in Kerman, which is one of the most historical cities in Iran. It was built in five units, four of them divided to two parts, each one with two bed-rooms. The top floor has three bed-rooms and a work space in area of 200 sqm. The ground floor included parking area, yard and the entrance lobby.

The main idea was to create a relation between the characteristics of traditional houses and modern constructions, which changes the face of urban spaces. The façade of street was consist of different materials and shapes without any harmony; it emphasized the importance of designing harmonic façade which can make unity between adjacent building façade in the street and also can provide enough light, ventilation and minimum disturbing vision into interior space..

Facade designing is a crucial task. The facade must be a reflection of both interior spaces and exterior surrounding. The relation between inside spaces can affect the outside shapes and make an intimate relationship with the observer. However, some analogous trait should be preserved in designing exterior facade in order to make harmony in urban sight. Red color and yellow brick was the dominant color and material of the district. Therefore, we decided to use this color as complementary hue on facade. Consequently, rods, frames and louvers became red. Yellow Brick became background material in façade design and stone flower-box was randomly placed next to bed-room windows. Not only it reveals the unpredictable happening in the outside life, but also it provides calmness and greenery sight for inside spaces and has positive effect on circulation of fresh air in hot and dry climate. The randomized frames placed on north window help to prevent disturbing vision from opposite buildings when windows are open for better ventilation.

In designing the south facade, designers tried to demonstrate bilateral concept of an active and serene view, to show that life is happening here with the passion and calmness to relax, rejuvenate and spend time with family. It relates to the random positions of the brick columns in the south facade. Moreover, this pattern is so privileged in Iran vernacular houses, because of controlling intensity of light that comes from the south.

In designing interior spaces, we placed the private functional area of the project on the north, whereas the public functional area was set on the south towards the main façade to invite sunlight to the inside of the building. Interior spaces was connected to each other in the south area which causes an out of scale living space. So we tried to divide the area in to three parts: hall and dining room which were close to kitchen, and living room which was placed next to the entrance. We tried to provide a different quality of space by designing different shapes on ceiling for lightening and dividing of the space.

The building was designed for nine families, so it was necessary to provide spaces for friendly gatherings. Our strategy primarily focused on simplicity and avoidance of complex presentation. Thus, we designed a stone fountain on the south wall of the yard at the ax of main entrance and added some cubic stone chairs next to the little garden, which helps the residents to relax and get away from the crowded city outside. 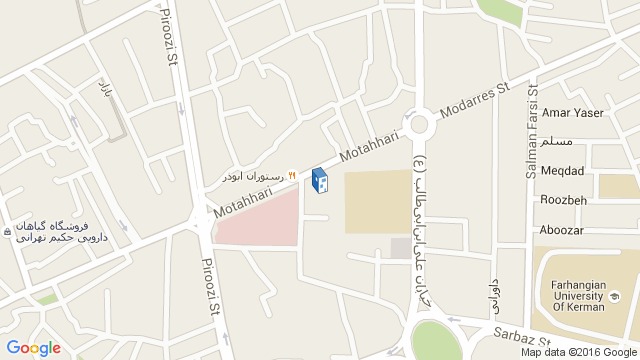 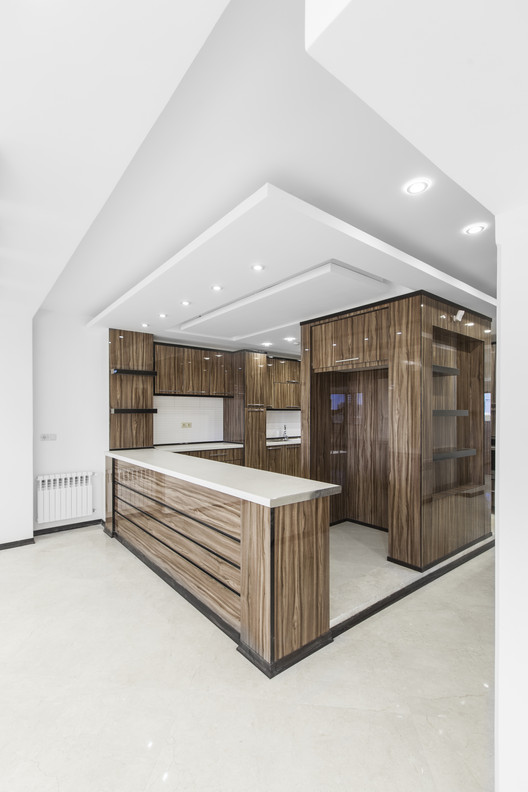