Text description provided by the architects. The new Route de Hausbergen footbridge was opened on 26 September 2015 after almost five years of planning and construction. There is now a safe route for pedestrians and cyclists connecting the eastern and western parts of the town of Schiltigheim. Eight hundred cyclists can now cross the Strasbourg-Paris motorway and the TGV railway lines without fear.

The total length of the bridge is approximately 135 m, and it weighs 330 tonnes. Each of the approach bridges is 35 m long. The very first sketches were developed by Eckehard Wienstroer during the previous office partnership, called Agirbas& Wienstroer Architects. The new design of the arched truss bridge is in harmony with its surroundings so that those elements that could not be changed, or could only have been changed at great expense, could be integrated into the planning. The overhead lines remain, while the new bridge has been constructed more than 3 m from the pylons carrying the overhead line. This substantial distance from the pylons means that the straight foot and cycle path on the old bridgework has to be connected to the new bridge by means of curved approach bridges. The curved radii design of these parts of the bridge enables a dynamic connection between the suspended bridge and the existing embankment ramps; this is ideal for cyclists.

The moving of the new pedestrian bridge away from the existing old large truss bridge creates a fascinating space between the two bridges, in so doing uniting them to form an "ensemble".

The intermediate supports of the new bridge are small enough to impose no limitations on the surroundings. The supporting columns of the truss bridge and the approach bridges are integrated into the inclined ground profile of the embankments. The superstructure is supported by a welded structure made from tubular steel with composite rectangular cross-sections. The horizontal and vertical main support tubes have a square cross section of 450 x 450 mm. The diagonal tension members achieve a cross-section of 220 x 220 mm and the diagonal cross-reinforcements have a cross section of 200 x 200 mm.

The 250 mm thick orthotropic plate supports a 300 mm high L-shaped edge girder. This produces a lateral overhang of 50 mm, which both prevents water overflow and stops loose objects rolling away. The surface of the steel deck is treated with a coating of epoxy resin. The decks of the approach bridges are constructed as concrete slabs. The decks are designed with a continuous gradient with a maximum of between 3 and 4%. Due to the curve of the bridge, the deck requires no cross slope; water runs by itself in the water drains. The lack of cross slope makes use easier for wheelchair users and others with mobility problems.

The ascending and descending deck, with its curved shape, triggers a permanent change in perspective for the user. Users of the bridge cross all its dimensions and can physically experience the great depth of the girders.

The woven stainless steel facade of the bridge both satisfies the requirements for the necessary safeguard against falling and provides protection against the overhead lines of the railway. The upper and lower flanges of the stainless steel mesh are mounted onto special retaining devices.

Each pair of pillars on the truss bridge and the approach bridges is designed as uniform, rectangular concrete frames. The overall effect is intended to be a "smooth shape". The impression of an architectural sculpture is amplified.

The desired shape of the detailed design aims, in addition, to provide few areas which attract dirt and corrosion.

LED lighting strips are built into the handrails of the approach bridges to illuminate the decks of both these bridges. These are so installed that the LED lights can only be assembled and disassembled with special tools. The truss bridge is illuminated using LED light strips mounted below the upper longitudinal girders. The light output will be approximately 20 LUX and it will cast a glare-free light onto the path. Additional strips of LED lights will be mounted there, casting a soft glimmer of light onto the mesh of the facade.

The curved shape, the ascending and descending deck inside the two horizontally truss girders and the striking design of the façade represent an architectural symbol of future-oriented urban development. The high-quality design of a traffic infrastructure simultaneously enhances its direct spatial environment and represents a positive change to the adjoining urban spaces. 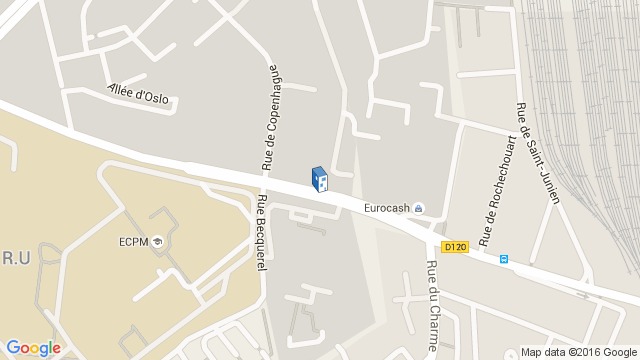