Save
Reconstruction of Soviet Factory for a Business Centre / kleinewelt architekten 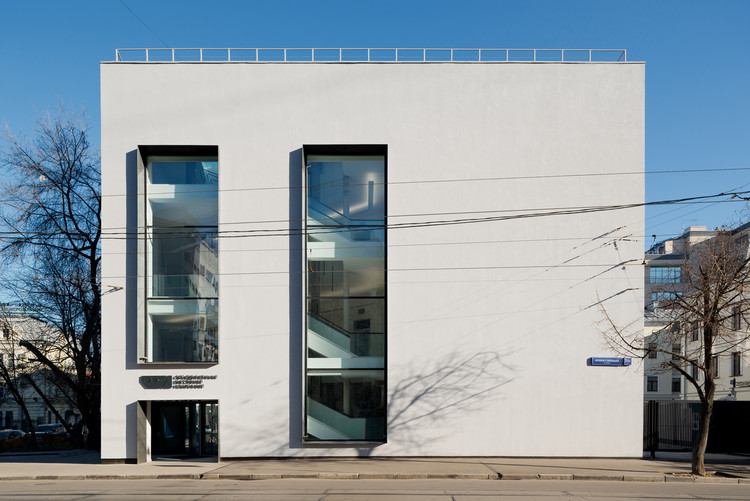 Text description provided by the architects. The building was constructed in 1932 as “fabrika-kukhnia” (catering factory) for workers. Later in 1950s, it was repurposed into pharmaceutical factory and then in 1990s into the offices. The building suffered several burns and constant alternations of interiors and façades, which by the end of 2000s completely destroyed the original constructivist appearance of the building.

In the course of the project were discovered the original dimensions of the window openings, which were closed during the operation. In order to enhance the effect of contrast between big windows and the wall every opening is flanked with stone slabs installed in the metal frame. The contrast between the black stone framing and light-gray wall rendering defines the basic character of the building. Further detail is added by the balcony fence made of stainless steel. Window frames with light balcony railings create the main mood of the interior spaces.

In order to highlight the urban value of the object at the intersection of Stariy Tolmachevskiy sideway and Novokuznetskaya street was recreated the entrance lobby overlooking the intersection. On the whole height of the lobby from the ground to the third floor passes a wide staircase, which not only organizes the whole interior space, but also functions as a large urban sculpture because of the large windows showcasing the space of the lobby to the street. The glass roof is constructed above the staircase, which additionally enlightens the interior space of the four level entrance atrium. Long large chandelier made of metal tubes is suspended under each skylight. Staircase flights twist around these chandeliers.

Entirely the whole building represents a strict model of the functional modernism imposed on an initial constructivist design. 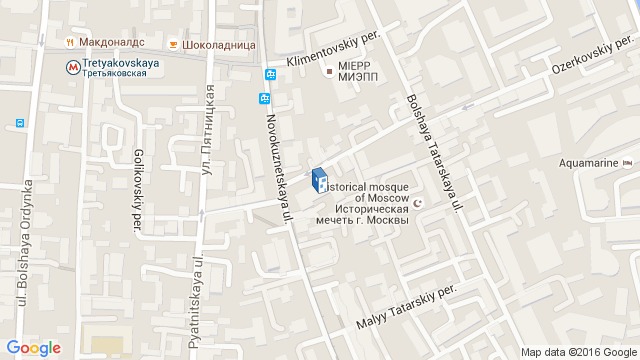 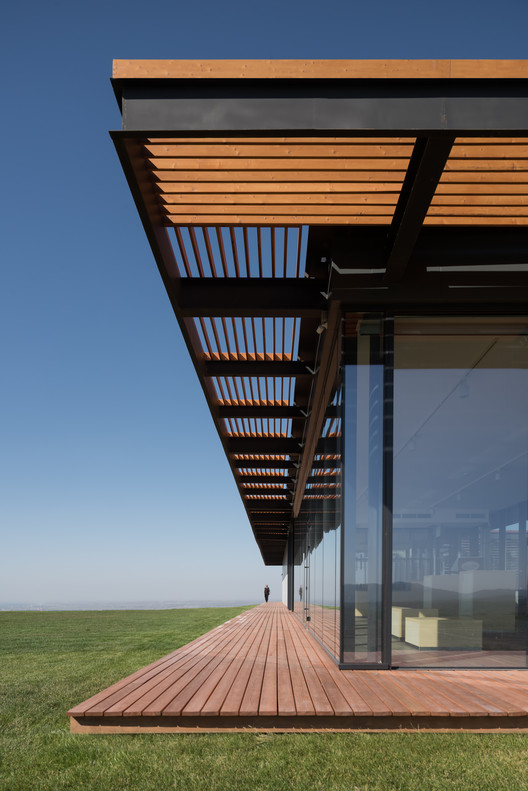 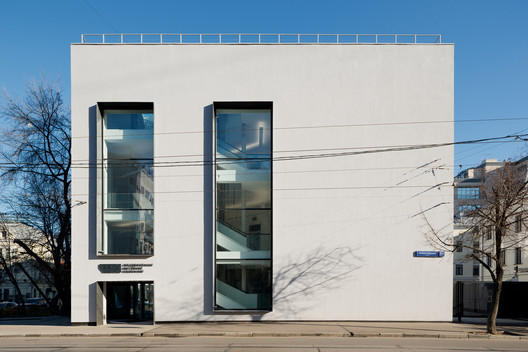