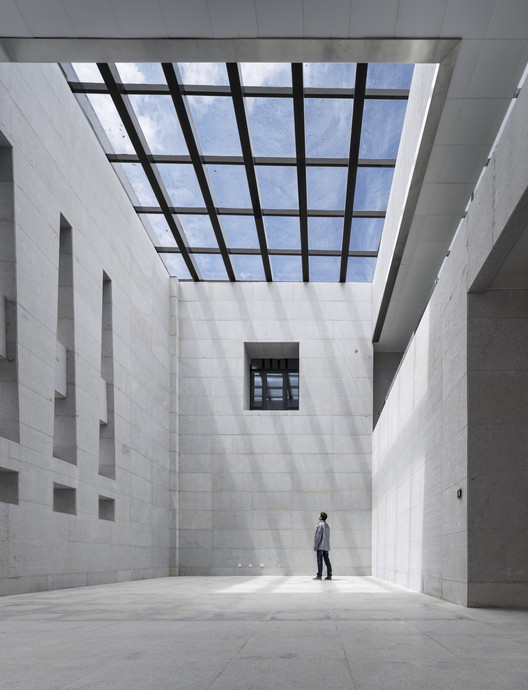 Text description provided by the architects. Yushu in Qinghai is situated in the hinterland of Qinghai-Tibet Plateau, withthe average elevation of over 4,200 meters. Ga Duo Jue Wu, the famous holymountain there, is reputed as the Dzong (fortress) among four well-known mountains in the Tibetan-inhabited Area. Yushu, which has been long known as the "Source of Three Rivers", is the birthplace of the Yangtze River, the Yellow River and the Lancang River. In Yushu, 97% of population is Tibetan, with rich ethnical features.

Yushu Tibetan Autonomous Prefecture Administrative Center, located in QinghaiProvince of China, is one of the key reconstruction projects after Yushu earthquake on April 14th, 2010. The total construction area is 72,000 m2. The main building of the project is the largest and highest individual building in Yushu. Yushu Earthquake was measured at 7.1 magnitude, and the focal depth was about 14km. The design conditions were complicated. Due to the extreme cold-weather conditions and high altitude, the delivery of building materials and the construction work were difficult. The project team coped with these challenges through using relative common techniques and materials which met the local situation. The new construction was accomplished in high quality and explored solutions on a number of technical problems involving high-rise, long-span building requirement, and complicated topographic condition. The process of design and construction devoted to both aesthetics and techniques as follows.

The design of Yushu Prefecture Administrative Center boasts two traits. The one is the Dzong of the Tibetan cultural traditions, standing as a demonstration of power. The other one is to express the connotation of a civilian-oriented contemporary administrative building via Tibetan-style courtyard. The two themes, "Symbol of Power" and "Connotation-based Civilizations", are contradictory in the expression of form. Hence, our design emphasis is to solve this contradiction, which is also the starting point of our architectural concept.

The schematic design was inspired by the Tibetan architectural features “Dzong”. The project team searched for the prototype from local circumstance and traditional customs. Dzong was built at the top of mountains. It was surrounded by a host of auxiliary buildings, which was named “Snow”. These buildings formed rich urban texture in horizontal. In our project, the main building was located in the middle, just like the imagination of Dzong. The courtyards were interwoven in an appropriate scale. Dzong and Snow complemented each other and added radiance to the architectural complex.

Respect for Cultural and Natural Environment

In terms of natural environment, the project team arranged several water courtyards around the buildings. Surrounding environment and local Tibetan buildings were reflected in the water. Due to the cold and dry weather, trees in Yushu grew quite slowly. There were a few tall and big arbors on the site, including 141 poplars, 45 pines and 33 willows. The project team cherish each of trees, verified the position and crown diameter of them, and preserved them carefully in the design. All the constructions keep away from these trees to respect the natural environment.

Use of Sustainable Materials in the Tibetan Plateau Region

The materials of the exterior wall are 300mm split-face concrete decorative blocks,which are environment-friendly blocks made of industrial solid residues. The combination of the blocks created unusual concave-convex effect and gave expression to traditional figures. It was the first time that split-face concrete decorative blocks were applied in Tibetan Regions. With the help of China Construction Units Association,architects, technicians, and construction teams explored on the construction techniques in different situations, like earthquake resistance system, drainage system and sloping walls. The sample wall was built on site and tested before the construction work to guarantee the safety and quality of final projects. 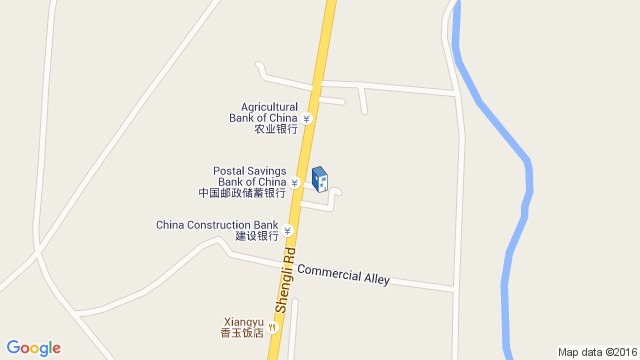 Location to be used only as a reference. It could indicate city/country but not exact address.
Share
Or
Copy
About this office
THAD - Architectural Design & Research Institute of Tsinghua University
Office
•••