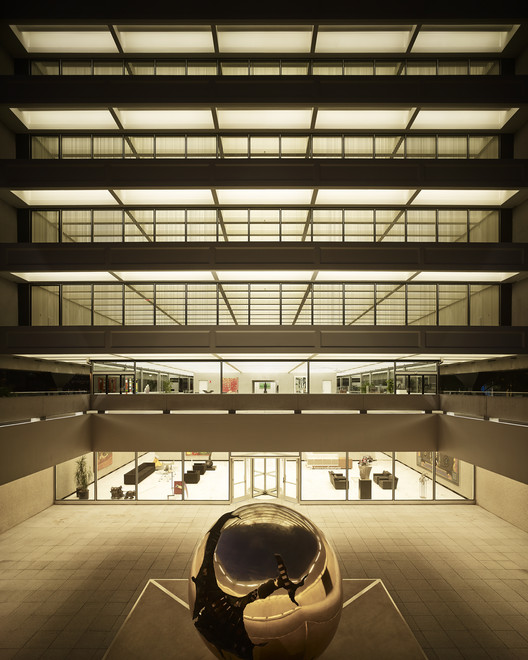 Text description provided by the architects. The American Enterprise Group (AEG) national headquarters is an eight-story office building in downtown Des Moines, Iowa. The venerable building, designed by SOM’s Gordon Bunshaft, was completed in 1965 and received an AIA Honor Award for Architecture in 1967. In 1966, it was featured in LIFE magazine and deemed “the talk of the Midwest.”

The project is being considered for the National Register of Historic Places; improvements were made utilizing historic documents and the Secretary of the Interior’s Standards for Rehabilitating Historic Buildings.

The innovative rehabilitation reinforces the original design intent as follows:

This in an invisible rehabilitation. The 1966 LIFE magazine article stated the building had “No Fat.” The building’s original systems were meticulously integrated with the building architecture. The work required substantial demolition of walls and finishes which were obsessively and elegantly reconstructed to accommodate new systems, including the important addition of life-safety.

The original building meshed together workplace and AEG’s significant art collection -- a museum within an office. The renovated space addresses human efficiency and evolving workplace standards with systems that enhance human productivity while making the art an integrated part of the experience.

This exposed cast-in-place and precast concrete building included many groundbreaking characteristics: an integrated mechanical system; indirect lighting; minimal windows on the east and west facades; north and south facades with expanses of glass; and substantial overhangs to maximize daylight and minimize heat gain. These concepts were preserved and augmented with energy efficient systems. On Levels 3 through 8, a custom thermally broken insulated glazing system was installed to match the profile, finish and tint of the original building. The Entrance and Second Levels remains and frames with  panels of annealed clear glass as large as nine feet by eighteen feet.

Advanced for its time, the minimal internal structure provides openness via ninety-foot clearspan. Transparent or minimal design elements including custom sliding glass door office enclosures and a new minimal and modern open-office system were designed to preserve the expanse and provide a modern workplace.

The original building systems were controlled by two thermostats, resulting in “…the experience of four seasons in one day.” Comfort was further compromised by inefficient, single-pane glazing. The rehabilitation replaced the 50 year-old mechanical, electrical, plumbing systems with energy efficient systems and added current life-safety systems. This involved redesigning the integrated duct system, an important visual expression found throughout the ceiling of the building to include air movement, acoustical absorption, lighting and fire-protection.

The $30,000,000 rehabilitation was completed within an extremely tight schedule. Design began in May 2014 and employees returned in August 2015.

"There are still plenty of good buildings lost, and plenty more that are … altered out of all resemblance to their original condition. But there is also a greater willingness than ever before to get to the essence of a work of architecture and to try to bring out once again the qualities it had when it was new. 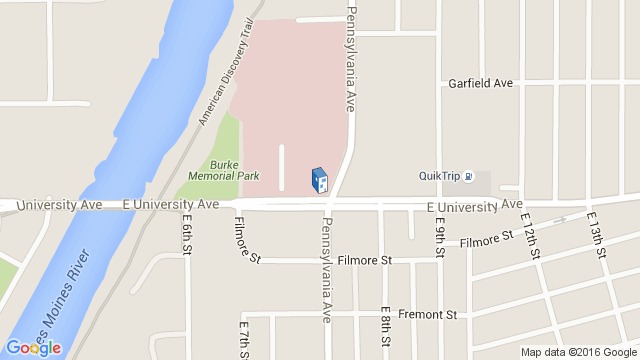 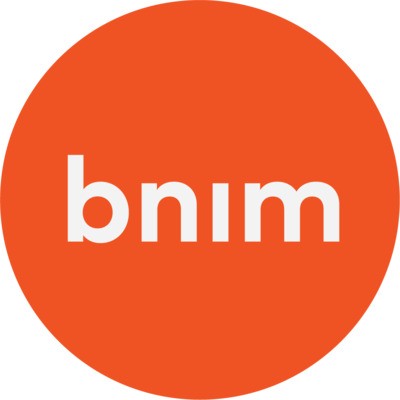